By Wang Jing and Wang Xintong 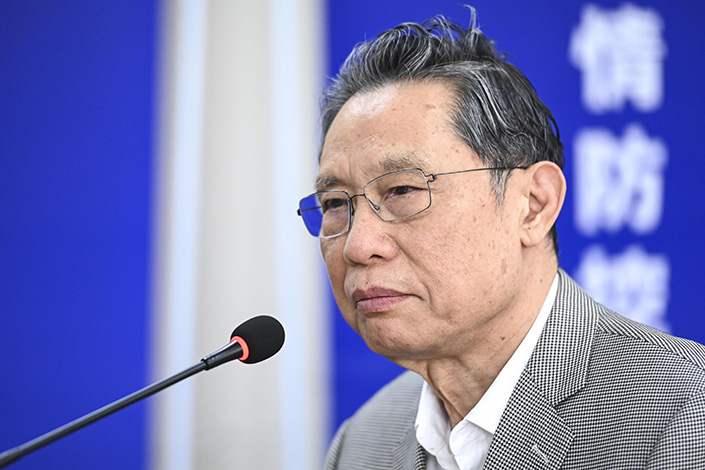 Guangdong, China’s most populous province, has had to tighten up how it defines “close contacts” in response to the spread of the new highly transmissible delta variant, top epidemiologist Zhong Nanshan said.

Zhong’s comments illustrate how the highly transmissible mutant strain of the virus has complicated disease control and prevention efforts in the province, which has reported more than 160 local infections of the variant.

“Now, close contacts refer to those who stayed in the same space, same unit or same building with patients in the four days before they show symptoms,” Zhong, director of the Guangzhou Institute of Respiratory Diseases, said of the rapid transmission and high viral loads spread by the delta variant.

“In the past, close contacts were defined as a Covid-19 patient’s family members, or people who had meals or meetings with a patient in an office or within one meter in the two days before the onset of symptoms,” he said.

The change in the definition of “close contacts” was in response to the rise in residents being traced and under control in Guangdong, Zhong said. Increasing local infections in the southern province over the past month or so have forced local authorities to conduct mass testing, impose lockdowns and issue “stay-at-home-orders” in certain areas.

Several cities, including the provincial capital of Guangzhou, had imposed strict travel restrictions to prevent the variant from spreading to other provinces.

Guangzhou, a metropolis of more than 18 million residents, had required those who wanted to leave the city to present a negative Covid-19 test from the preceding three days, after dozens of Covid-19 patients were reported over roughly two weeks.

Travelers also had to show that they had been given the all-clear by the local digital health code platform — which gathers location data and displays a warning if a person has visited areas deemed to be at risk for Covid-19.

“The delta variant has 100-fold higher viral load in infected patients compared to previous strains, making it more contagious,” Zhong said. Without these anti-Covid measures, two out of five residents in Guangzhou would have been infected over the past month, he emphasized.

The latest flare-up in Guangdong has basically subsided, with no new local infections for six straight days, according to the province’s health commission (link in Chinese).

The highly transmissible Covid-19 variant, which was first detected in India, has spread to more than 90 countries and regions around the world, Maria Van Kerkhove, head of the emerging diseases unit of the World Health Organization, said at a press conference last week. In Britain, for example, 99% of all new cases in recent weeks were tied to the delta variant, according to the British Medical Journal.

Zhong has urged Chinese residents to receive Covid-19 vaccines to reduce the virus’ infection rate, with the goal of reaching herd immunity, which is estimated to require 80% of China’s population, or about 1.1 billion people, to be vaccinated. The world’s most populous country had administered more than 1.1 billion vaccine doses as of Sunday, according to the National Health Commission (link in Chinese). Currently, most of the approved vaccines in China require two doses, meaning it is some distance from its goal.