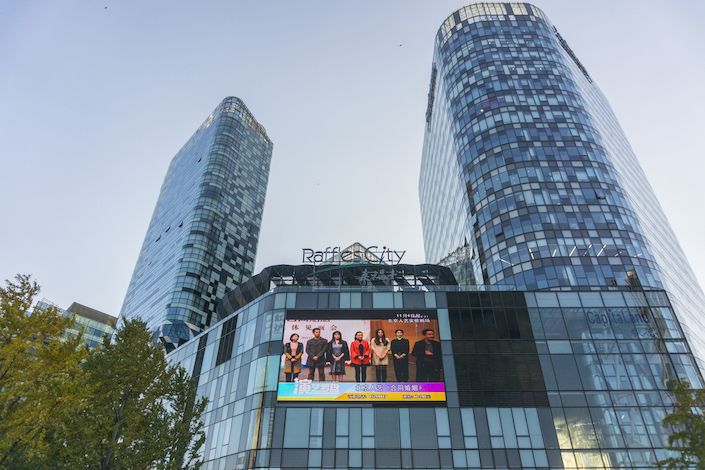 The portfolio, comprising Raffles City projects in Shanghai, Beijing, Ningbo, Chengdu and Hangzhou, is valued at 46.7 billion yuan, CapitaLand said. The Singapore company said it will retain 12.6% to 30% stakes in each project and will continue to provide asset management services and earn fee income.

Ping An said it will provide about 4.1 billion yuan of shareholder loans to five of the projects. The insurer will also take over stakes from other shareholders of the six projects. After all the transactions are completed, Ping An will become the largest shareholder of the investments with 60%–70% of each.

The transaction is part of CapitaLand’s growth strategy as an asset-light, capital-efficient global real estate investment manager. Including this transaction, the company has divested $8.34 billion of assets year to date, it said.

CapitaLand currently owns and manages nine Raffles City developments in China. The company said the six projects involved in the transaction are all mature assets offering stable income, while three other Raffles City projects not included in the sale, in Shenzhen, Chongqing and Shanghai, are either newly built or have yet to begin operations.

CapitaLand is one of Asia’s largest diversified real estate groups, owning and managing a global portfolio worth about $102.5 billion, including commercial, retail, business parks, lodging and residential properties. The company entered China in 1994 and currently owns and manages more than 200 projects in 40 cities, with assets of 280 billion yuan.

Since 2016, when China launched a new round of tightening measures in the property market, CapitaLand began to unwind its real estate assets and focus on industrial parks and logistics and data centers.

CapitaLand told Caixin that it still takes a long-term view of the Chinese market. The sale of a portion of the Raffles City project is in line with the company's asset recycling strategy.

Part of the proceeds from the sale will be used to support the group’s investment pivot to new-economy assets such as business parks, logistics and data centers, forming a new pipeline for future recycling, said Puah Tze Shyang, CEO of investment and portfolio management at CapitaLand China. The company plans to expand its China exposure in the sector to $3.7 billion over the next few years from $1.1 billion at the end of 2020, Puah said.

CapitaLand said in April that it is investing 3.66 billion yuan to acquire its first hyperscale data center campus in Shanghai.