By Zhou Wenmin and Wang Xintong 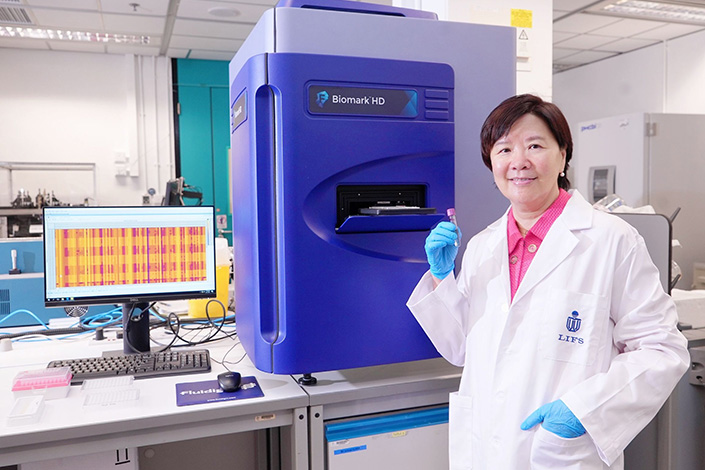 An international team led by researchers in Hong Kong says they’ve developed a blood test that can be used to spot the early signs of Alzheimer’s disease. Photo: Hong Kong University of Science and Technology

An international team led by researchers in Hong Kong says they’ve developed a blood test that can be used to spot the early signs of Alzheimer’s disease with over 96% accuracy.

“With the advancement of ultrasensitive blood-based protein detection technology, we have developed a simple, non-invasive, and accurate diagnostic solution,” Nancy Ip, vice president for research and development at the Hong Kong University of Science and Technology, was cited as saying by a university announcement.

Ip led the study into blood proteins associated with Alzheimer’s, conducted in collaboration with researchers at University College London and clinicians in Hong Kong hospitals, the results of which were published in late May in the peer-reviewed Alzheimer’s & Dementia journal.

The team identified 19 out of the 429 plasma proteins associated with Alzheimer’s to form a “biomarker panel” that represents a “signature” in the blood. Based on this, they say they have developed a system that distinguishes Alzheimer’s patients from healthy people with an accuracy of more than 96%, which the researchers say outperforms existing blood tests for the disease.

This system can also differentiate among early, intermediate, and late stages, and can be used to monitor the progression of the disease over time, the report said.

The team touts their test as being able to both pave the way for widespread screening for the disease and for “novel therapeutic treatments.”

The report said that doctors mainly rely on cognitive tests to diagnose Alzheimer’s, but the next two most commonly used methods of diagnosis — brain imaging and testing spinal fluid — are expensive, invasive, and frequently unavailable in many countries.

Currently, Alzheimer’s affects more than 50 million people around the world, the report said. The most common type of dementia slowly and gradually destroys memory, thinking skills and eventually the ability to carry out simple tasks. There is no cure and treatment focuses on addressing symptoms.