Now With Too Many Pigs, China Moves to Prop Up Pork Prices 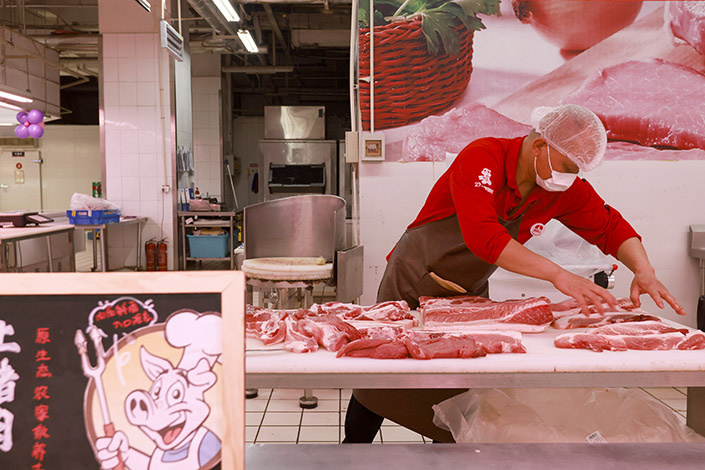 China’s government will buy up pork under an emergency program designed to prop up prices amid an ongoing slump in the oversupplied live hog market, the country’s top economic planner has announced.

The National Development and Reform Commission (NDRC) said in a statement Monday that a key market indicator has crossed a threshold requiring the government to intervene under a new system to monitor and regulate prices in the hog industry.

The five-day average of the pig-to-feedstuff ratio, a cost-benefit indicator that compares the prices of domestic pigs and corn, fell below 5:1 last week, triggering the highest-level warning under a three-tiered system, according to the statement.

Live hogs had been fetching about 36 yuan per kilogram at the beginning of the year, but prices have fallen about 50% over the first six months due to a surplus in the market. In recent months, pig farmers have boosted production in the wake of the deadly African swine fever epidemic in 2018 and 2019 that decimated herds.

The government’s intervention is part of a new contingency plan that took effect earlier this month to make better use of China’s strategic pork reserves to stabilize the market. Under the plan, a government response will be triggered whenever the pig-to-feedstuff ratio rises above 12:1, indicating a severe shortage of hogs, or falls below 5:1, indicating an excessive surplus.

Once the highest-level warning is triggered by the ratio falling below 5:1, central and local governments have to increase their temporary reserves to prop up the market, according to details of the plan (link in Chinese).