By Liu Denghui and Wang Xintong 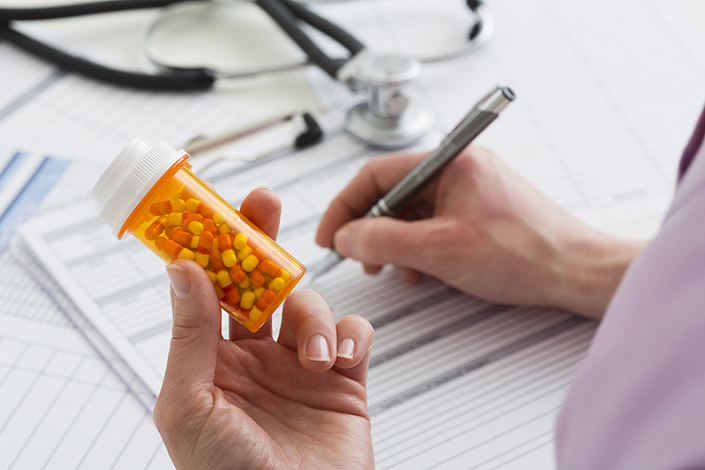 Several new treatments, including for lung and gastric cancer, have been included on the list of drugs over which the government and drugmakers will strike price deals. Photo: VCG

China has approved innovative new drugs for inclusion in this year’s round of price-setting negotiations with pharmaceutical companies for medications covered by the country’s basic health insurance.

Several new treatments, including for lung and gastric cancer, have been included in the list of 433 drugs over which the government and drugmakers will strike deals for lower prices. The National Healthcare Security Administration (NHSA) released the medication plan (link in Chinese) Wednesday after seeking public opinion.

It was issued six months after some drug companies agreed to slash their prices of certain new medications by an average of 51% so they would become eligible under the government-backed insurance which covers most of China’s 1.4 billion people and can reimburse between 60% and 90% of the cost of treating common diseases.

China has been promoting health-care system reform for many years, with an increasing number of domestic pharmaceutical companies aiming to be innovative rather than to make copycat drugs, state-run broadcaster CGTN reported. As a result, 30 of China’s 304 mainland-listed pharmaceutical companies increased their R&D spending by 100% in 2019 compared to a year earlier, the report said.

Even though drug prices can be lowered after negotiation with government, inclusion on the list can still mean big profits for pharmaceutical companies as reimbursable drugs are more likely to be widely used, Caixin has previously reported.

According to the plan, the NHSA adjusted the approval deadline for candidate drugs to Wednesday this week, allowing the inclusion of some newly launched medicines into the negotiations. For example, among the approved drugs, an innovative treatment developed by Shanghai Hutchison Pharmaceuticals Ltd. for non-small cell lung cancer only entered the market on June 23.

Caixin has learned that an innovative drug developed by Jiangsu Hengrui Medicine Co. Ltd. to treat adult patients suffering from chronic primary immune thrombocytopenia, an acquired autoimmune disorder, was also approved in June to be included in the talks.

In addition, a novel drug for the treatment of locally advanced and metastatic gastric cancer, developed by the Shandong province-based Remegen Co. Ltd., won approval in the same month.

The drug list negotiations and changes will be finalized by the end of this year, and will be effective from January 2022, according to an official statement (link in Chinese) which said a total of 433 drugs have so far been included.