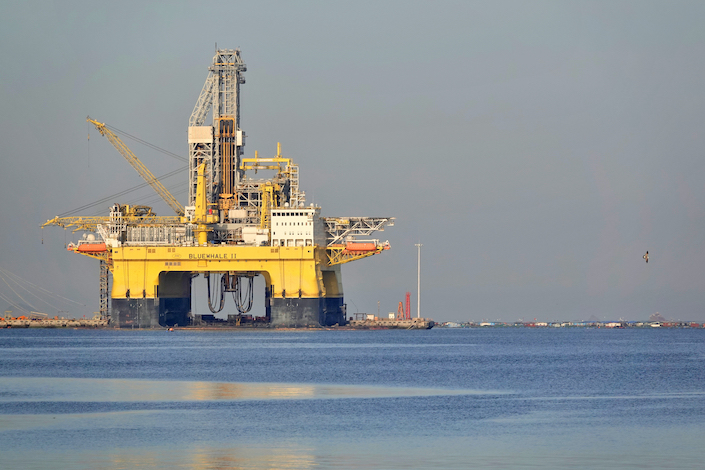 The global marine engineering industry is suffering from years of oversupply and sustained weakness in oil prices. Marine engineering companies are moving to transform or reorganize their businesses. Temasek-backed Singapore conglomerate Keppel Corp. and smaller rival Sembcorp Marine were recently in talks to combine their ailing offshore and marine businesses. Under a memorandum of understanding, Keppel’s offshore oil rig assets are to be sold after a merger of the two offshore giants.

As China’s biggest marine engineering manufacturer, China International Marine’s CIMC Raffles Ltd. unit has delivered more than 100 offshore and marine structures, including 11 deep-water semi-submersible drilling rigs, accounting for 80% of units delivered by China and 25% of the global market, according to the company’s website. But the company has suffered big losses. In 2020, it reported a net loss of 1.9 billion yuan on top of 5.8 billion yuan of losses in the previous three years.

The accord is part of the container operator’s plan to reorganize its marine engineering segment, which designs and builds offshore drilling platforms, and it may continue to attract new investors, said Wu Sanqiang, director of the secretarial office of the board of China International Marine Containers. Wu emphasized that the company hopes to reorganize the offshore drilling platform business through introduction of strategic investors but not asset sales.

The joint venture will focus on offshore oil and gas development equipment, offshore wind power and seawater desalination as its main business, and provide services such as research and development, final assembly and construction, life cycle operation and industrial park development.

With a developed marine economy in Yantai, a port city in eastern China’s Shandong province, the venture can further explore offshore wind power, oil and gas production and marine fishery, which has higher margins than traditional oil and gas drilling, Wu said.