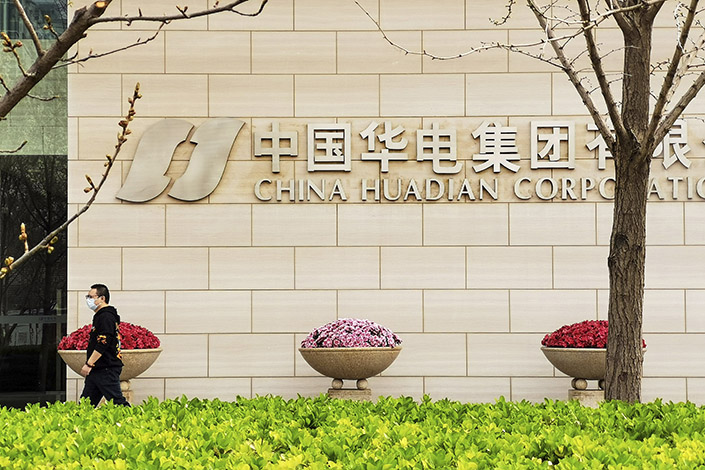 Huadian’s creation of a single unit with laser-focus on new energy comes as China moves aggressively to meet its recently stated goals of achieving peak carbon emissions by 2030 and going carbon neutral by 2060. Photo: VCG

Power major China Huadian Corp. Ltd. has consolidated all of its new-energy assets into a single unit, capping a yearlong reorganization as it prepares to help execute Beijing’s ambitious goals for lowering the nation’s carbon emissions.

The newly overhauled unit, Huadian Fuxin Energy Corp. Ltd., was previously a Hong Kong-listed vehicle for some of the company’s new-energy assets before its privatization last year. With the addition of the parent company’s other related assets, Huadian Fuxin has become the primary platform for Huadian’s new-energy initiatives, centered on its construction and operation of plants powered by solar, wind and hydroelectric sources.

Huadian announced its completion of the new-energy reorganization last week. It disclosed the news the same day one of its listed units, Huadian Power International Corp. Ltd. (600027.SS), held a shareholder meeting to approve the transfer of some of its assets to Huadian Fuxin, including several wind and solar power companies in East China’s Shandong province.

Huadian’s creation of a single unit with laser-focus on new energy comes as China moves aggressively to meet its recently stated goals of achieving peak carbon emissions by 2030 and going carbon neutral by 2060. Much of the work toward reaching those targets will come from reduced fossil fuel use by big state-run companies like Huadian, which are concentrated in traditional industries that tend to be some of the biggest power producers and consumers.

Huadian Fuxin’s privatization last year was one of several similar moves by other Chinese power companies after the new-energy units failed to attract much investor interest during their listings. The privatization wave saw four of the country’s other power producers de-list their new-energy units, including State Power Investment Corp. Ltd. and Huaneng Group.

Huadian said the newly overhauled Fuxin will become the primary platform for its new-energy initiatives under China’s 14th Five-Year Plan that runs from this year to 2025. China has used such five-year plans since its inception, with Beijing typically announcing its goals for the period and then letting major state-run enterprises follow with their own plans for how they will help to achieve those goals.

Huadian announced last month that under its own five-year plan it would try to reach peak carbon emissions by 2025, by which time it was aiming to have more than half of its installed generating capacity come from sources that aren’t fossil fuels. That plan would include the additional installation of 75 gigawatts of capacity from new-energy sources.

A representative inside the company told Caixin the reorganization is expected to improve efficiencies and synergies and add flexibility by putting all of Huadian’s new-energy assets under one roof. He added the new entity will also need to improve its shareholding structure and capital-raising ability to meet its ambitions, potentially through the introduction of outside strategic investors. But he declined to comment if there were any plans for a future re-listing of the unit.

Huadian Fuxin has net installed power generation capacity of 25 gigawatts, equal to about 15% of the group’s total. The unit has net assets worth nearly 170 billion yuan ($26.3 billion) spread around most of China, as well as some in Europe.