By Matthew Walsh, Shen Xinyue, He Xinye and Zhang Ruoxi 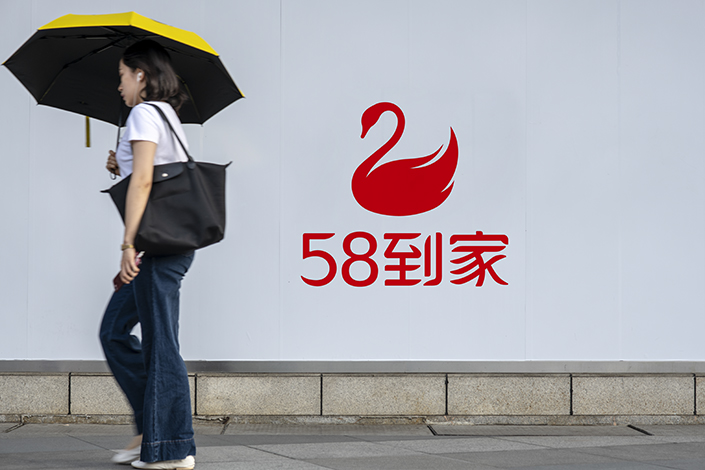 A woman passes by a wall with a 58 Daojia logo on a street. Photo: IC Photo

Chinese home cleaning and occasional services platform Daojia Ltd. has filed for an initial public offering (IPO) on the New York Stock Exchange, joining a race by dozens of Chinese firms to list on U.S. markets despite regulatory headwinds at home and abroad.

The Beijing-based company, which provides housekeeping, nanny services, moving assistance and beauty services, lodged a filing with the U.S. Securities and Exchange Commission on Friday. It would become China’s first home services business to list in the U.S.

Daojia is China’s largest home services platform by gross transaction volume. About 1.5 million service providers had registered on the app, and 4.2 million customers had carried out transactions on it, from the time the company was founded in 2014 up until March, according to figures from iResearch cited in the prospectus.

Daojia said in the filing that it plans to use about 40% of the IPO’s net proceeds to diversify its services and expand its business, 25% on marketing to raise brand awareness and 20% to upgrade technical systems and basic infrastructure, while setting some aside for working capital and investments and acquisitions.

The firm will trade an unspecified number of American depositary shares under the ticker “JIA.” The lead underwriters are JPMorgan Chase & Co., UBS Group AG and China International Capital Corp.

Risk factors for the listing include the impact on Daojia’s business if its ties with indirect shareholder 58.com Inc., China’s largest local-life services platform, is terminated or curtailed, the filing says, adding that Daojia relies on 58.com to acquire some of its vendors and customers.

Daojia is 58.com’s former home-services arm, which was launched in 2014. The following year, 58.com transferred the business to 58 Daojia Inc., the company’s principal shareholder. The firm was known as 58 Daojia Ltd. before adopting its current name in May this year.

Other risks include Daojia’s limited operating history, the possibility that it will lose service providers or customers, and potential clampdowns by the Chinese government, the firm said.

A record 29 IPOs by Chinese companies took place on American bourses in the first half of the year despite political friction between the world’s two largest economies. Those listings raised a total of $7.6 billion, an all-time high for the first six months of a year, according to Reuters, citing figures from data provider Refinitiv.

The current administration in Washington has threatened to carry through on Trump-era threats to toughen accounting standards against foreign listings, which could force Chinese companies trading in the U.S. to delist their securities there.

The jewel in the crown appeared to be last week’s flotation by ride-hailing giant Didi Chuxing, which raised $4.4 billion when it listed on the New York Stock Exchange. But the mood soured over the weekend as China’s cyberspace administration placed the company under a kind of national security review and ordered its app removed from Chinese app stores.