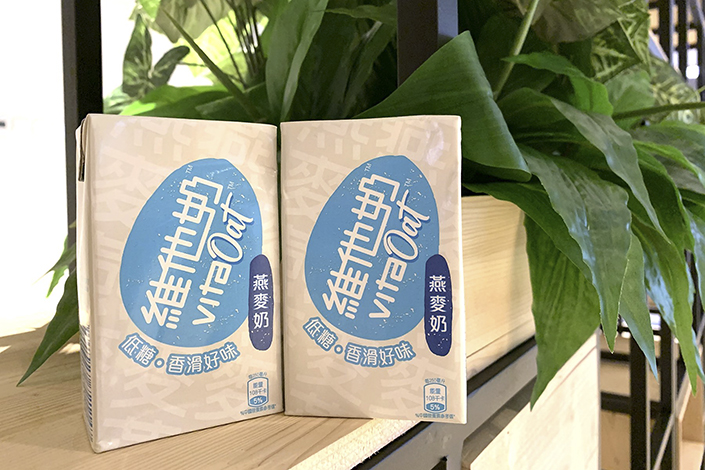 Vitasoy International Co. Ltd. saw nearly half a billion dollars wiped off its market value on Monday as the beverage-maker’s stock price collapsed amid calls on the Chinese mainland for a consumer boycott of the Hong Kong-based company.

The rout took place on the first trading day since Chinese social media users reacted furiously to a leaked memo by a Vitasoy employee expressing condolences to the family of a colleague who died after stabbing a police officer as Hong Kong marked its return to Chinese rule last week.

The price of the soy-milk manufacturer’s home market shares plunged by nearly 15% in a dramatic morning selloff before rallying to end the day down 11.73% at HK$25.95 ($3.34), representing a record one-day decline since its flotation nearly three decades ago and slashing its market capitalization by the equivalent of $474 million, to reach $2.77 billion.

Calls to boycott Vitasoy spread on Chinese social media over the weekend despite a company statement (link in Chinese) on Saturday describing the memo as “extremely inappropriate” and unauthorized, adding that it reserved the right to take legal action against the employee.

On Thursday, a 50-year-old Vitasoy employee stabbed a 28-year-old police officer in Hong Kong and then killed himself, multiple media outlets reported.

Police in the restive financial hub have described the stabbing as a terrorist attack and are believed to view it as a case of attempted murder. The officer remains in hospital, where his condition has improved from critical to serious.

Last week, H&M announced that its sales in China plunged 23% in the three months through May after the fashion giant was purged from e-commerce platform Tmall and domestic app stores following its statements on alleged rights abuses in Xinjiang, which Beijing denies.