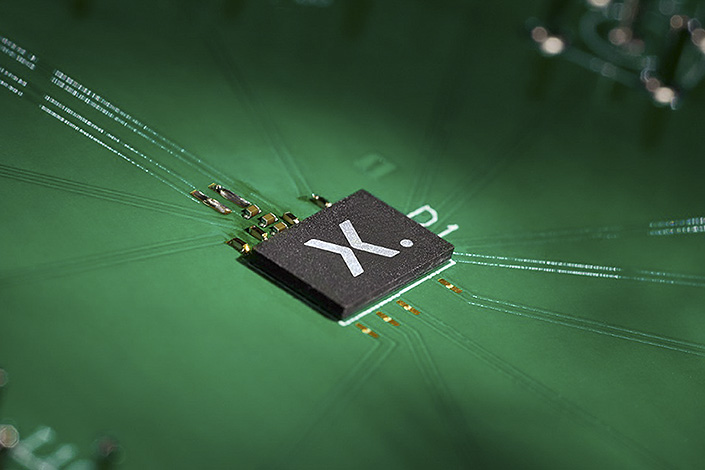 Chinese-owned Dutch chip firm Nexperia said it has acquired Britain’s largest chipmaker, the financially troubled Newport Wafer Fab (NWF), a step that could further China’s ambitions to build up its sector for high-tech chips that power most modern electrical devices.

No value was given for the transaction, though CNBC reported it was worth about 63 million pounds ($87 million).

“Nexperia … has completed the transaction to acquire Newport Wafer Fab, contributing to the company’s growth ambitions and investments to boost global production capacity,” Nexperia said in a statement. “With the acquisition, Nexperia obtains 100% ownership of the Welsh semiconductor production facility.”

Nexperia’s Chinese owner Wingtech Technology Co. Ltd. (600745.SS) confirmed the deal in its own separate announcement (link in Chinese) on Monday, though it said the deal is subject to customary closing conditions.

The deal comes as China is attempting to build up its own industry to make the sophisticated microchips that power everything from cars to computers and household appliances. It previously tried to acquire technology by buying foreign companies. But after being rebuffed in a wide range of attempts, including Washington’s 2017 veto of a Chinese plan to purchase U.S. firm Lattice Semiconductor, domestic players have turned largely to trying to develop their own technology at home.

European governments have also been closely scrutinizing such deals, and Britain recently passed legislation giving the government more authority to review such purchases.

Located in Newport City in Wales, NWF was founded in 1982 and makes automotive chips using 8-inch wafer technology. The company has a checkered financial past, including a net loss of 18.61 million pounds ($25.8 million) for its fiscal year 2020 on modest revenue of just 30.91 million pounds, according to Wingtech’s announcement. It had net assets of negative 5.2 million pounds at the end of last year.

The company underwent a multimillion-pound financial overhaul in 2019 that included the refinancing of debt owed to the Welsh government, along with a new asset facility supplied by banking giant HSBC, the South Wales Argus reported at that time. Nexperia became NFW’s second-largest stakeholder that same year, though it wasn’t clear if that development was part of the overhaul.

A year earlier, Wingtech, a leading Chinese contract smartphone manufacturer, bought 80% of Nexperia in a deal valued at 25.2 billion yuan ($3.9 billion). It bought out the remaining stake in the Dutch company two years later. Before the buyout, NFW had been one of Nexperia’s contract manufacturing partners.

“The change in ownership of the Newport site marks an important step for the future of the facility as well as for the region,” said NWF’s departing Chairman Drew Nelson. “We are pleased that we are able to maintain the expertise in developing high-end silicon devices in the 200 mm wafer fab while at the same time opening up opportunities for us to add new semiconductor technologies.”

Reflecting the sensitivity of such purchases, British MP Tom Tugendhat had sent a letter dated June 18, 2021, expressing reservations about the deal to Kwasi Kwarteng, Britian’s secretary of state for business, energy and industrial strategy. Tugendhat was concerned that the purchase might not be subject to a review under Britain’s National Security and Investment Act, which was enacted in May this year and gave the government more authority to review deals that could pose a national security threat.

“Colleagues on the Foreign Affairs Committee have raised serious concern,” he wrote. “They are not alone. It is clear that our allies see similar transactions as a national security question.”