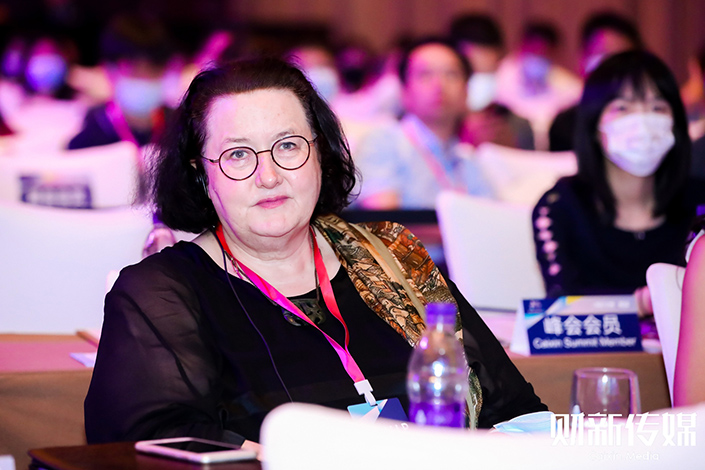 New Zealand is open to engaging informally with other economies that have shown interest in joining the Comprehensive and Progressive Agreement for Trans-Pacific Partnership (CPTPP), an 11-country free trade agreement, New Zealand’s Ambassador to China and Mongolia said in an interview with Caixin.

Clare Fearnley, a fluent Chinese speaker who has spent almost 16 years of her diplomatic life in North Asia, said the “CPTPP’s objectives of maintaining and growing open rules-based trade have contributed to the post-Covid economic recovery not only in the Asia-Pacific region, but also beyond.”

New Zealand is hosting the Asia-Pacific Economic Cooperation (APEC) virtually this year. It’s also a member of both Asia-Pacific mega trade agreements — the Regional Comprehensive Economic Partnership and the CPTPP. In early June, the CPTPP decided to begin talks about having the U.K. join the pact, which has drawn fresh attention to its expansion plans.

Chinese President Xi Jinping announced China’s intent to “favorably consider joining” the mega trade deal in November, seen as a bold move to reassure the world of the country’s continuing commitment to reform and opening-up.

Fearnley said New Zealand has supported the expansion of the CPTPP from the beginning, “We have an approach that we term open plurilateralism — plurilateralism means regional or other groupings of countries — and we see these as open to others to join as long as they can meet the standards of the agreement.”

Talking about the implication of the U.K.’s possible entry into the Asia-oriented CPTPP, she said, “The CPTPP doesn’t have a geographical restriction. It’s grown out of APEC, and in fact if the UK were to proceed down the CPTPP path, then it would be the first non-APEC country involved.”

At the moment, it’s unclear how the U.K will persuade members to adapt their existing trade agreements to suit British exporters. Fearnley said that the negotiation will be within the existing framework of the CPTPP and the discussions would be focused on market access.

“This is the first time we’ve gone down this process. So there will be a lot of learning along the way. It will set a precedent. So at this stage, there are no answers to all of the questions around how the accession process will be made operational,” Fearnley said.

Nikkei has reported that China has begun the CPTPP groundwork as the U.K. moves closer to entry, reaching out unofficially to New Zealand, Singapore and Australia, and also examining Vietnam as a case study.

Fearnley pointed out that the U.K. is the first economy to seek to proceed down the accession route, while a number of other countries have expressed interest including China. “From New Zealand’s point of view, we are open to engaging informally with other economies that are willing to meet those high standards around the CPTPP,” she said.

New Zealand and China upgraded their existing FTA in January to ensure the rules underpinning the bilateral trade are up to date and fit for purpose, and also incorporated environmental policy, competition policy and government procurement chapters into the FTA.

“It means that we’re updating and making it relevant to our current economic relationship,” Fearnley said. “Bilateral goods and services trade have grown remarkably in recent years, reflecting the complementarity of our trade.”