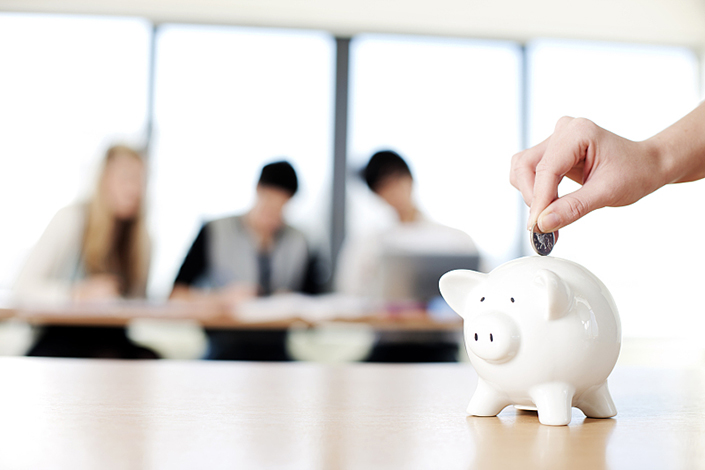 This is the sixth time since December 2018 that the State Council proposed a general RRR cut or a targeted RRR cut for certain lenders. Photo: VCG

China’s cabinet has called for a reduction in the amount of money that banks need to hold in reserve, freeing up liquidity to support businesses that have recently been rattled by surging commodity prices.

The State Council said the country will use monetary policy tools “in a timely way,” including a cut to banks’ required reserve ratio (RRR) that enable lenders to have more money available to lend to businesses, according to the readout (link in Chinese) of a Wednesday State Council executive meeting chaired by Premier Li Keqiang.

The move aims to support the real economy, especially smaller businesses, as rising commodity prices have impacted companies’ business operations, the State Council said, though it added it wouldn’t “flood” the economy with liquidity and will maintain the stability of monetary policy.

As the world’s second-largest economy, biggest manufacturer and top goods exporter, China is a major importer of commodities such as oil, iron ore and coal — the prices of which have been surging this year. Rocketing commodity prices have fueled inflation and are hurting the profits of companies, especially those in downstream industries which produce the finished goods sold to consumers.

That may make it harder for Chinese businesses to deal with their debts and slow the economy’s post-Covid recovery, which is also being dragged by waning external demand, analysts at investment bank China International Capital Corp. Ltd. (CICC) said in a Thursday note. A large amount of corporate bonds is expected to mature at the end of the third quarter, presenting a potential financial risk that the government will need to keep an eye on, the analysts said.

This is the sixth time since December 2018 that the State Council proposed a general RRR cut or a targeted RRR cut for certain lenders, the CICC analysts said. The People’s Bank of China (PBOC) took action within a few days after four out of the previous five proposals. It didn’t make a cut after a State Council suggestion in June last year, the last time the cabinet made such a proposal.

While an RRR cut would increase liquidity in the banking system and help lower market interest rates, monetary policy is expected to continue its journey toward normalization, said economists at UBS Investment Bank AG. They expect the central bank will likely implement a targeted RRR cut. Several other economists said a targeted RRR cut is more likely, as the economy hasn’t shown an obvious downward trend.

The CICC analysts also expected the monetary policy will remain stable or slightly loose in the second half, and interest rates will remain stable or decline. The PBOC will likely impose a targeted RRR cut to help boost the liquidity available to smaller enterprises, or launch relending and rediscount policies to direct more funding to agricultural businesses, small businesses and private-sector enterprises, they said.

However, economists at Nomura International (Hong Kong) Ltd. expected the central bank will cut the RRR across the board by 50 basis points in coming weeks, which will help contain rising interest rates as local governments are expected to quicken bond issuance in the second half this year. That would also replenish banks’ liquidity, as some 4.15 trillion yuan ($641 billion) of medium-term lending facility loans made to banks by the PBOC will mature in the second half this year.