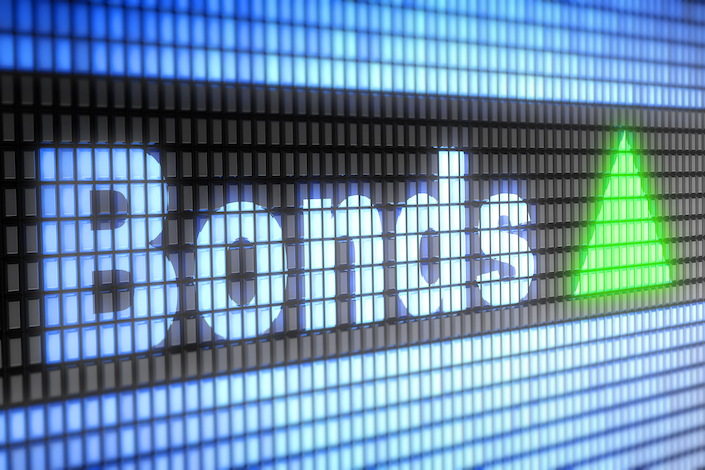 Market makers accounted for just 42.4% of all spot transactions on China’s interbank bond market in 2019, a report shows.

Round-trip trading refers to the unethical practice of purchasing and selling the same bonds at the same prices over and over again to create fake trading volume. The transactions in question took place in multiple sessions in the fourth quarter of 2020 and didn’t reflect reasonable economic purpose, making them in essence fictitious trades, NAFMII said in a statement.

The counterparties for Minsheng Bank’s transactions were Guosen Securities and Guangdong Nanyue Bank and involved more than a dozen bonds, Caixin learned.

Market makers, which are typically large banks or financial institutions, help to ensure there’s enough volume in trading of securities or bonds so trades can be completed seamlessly. Through quoting both a buy and sell price of a bond, market makers provide liquidity to markets and profit on the bid-ask spread.

Some market makers could use round-trip trading to inflate volume to maintain their rankings, and some smaller market makers might do so to build a reputation and maintain client relations and market image, a bond market participant said.

It may not cause a big problem for one market maker to conduct round-trip trading, but it is a problem if it becomes a common market practice and most players participate in such activities, a person close to NAFMII said. The disciplinary move shows that the regulator is trying to “kill some chickens to scare the monkeys” in a warning to the market, the person said.

Market makers play a crucial role. Although China now has the world’s second-largest bond market, market making is still relatively immature and accounted for just 42.4% of all spot transactions on the interbank bond market in 2019, according to a NAFMII report. That compares with more than 95% in some more mature markets like the U.S.

Rankings for market makers based on their performance are counterproductive and tend to distort trading behavior, a source close to the central bank told Caixin. NAFMII is considering abolishing the ranking system, sources with knowledge of the matter told Caixin.

Recently, NAFMII has been actively implementing the requirements of the Financial Stability and Development Committee of the State Council, taking a “zero tolerance” posture on all kinds of violations and carrying out self-regulation.

The regulator is strengthening screening and punishment of violations, including phony transactions, insider trading and market manipulation and has establish a complaint reporting mechanism, according to the person close to NAFMII.

Under the guidelines, market makers should not collaborate with other players to conduct round-trip trading at the same or similar prices with no reasonable economic purpose. They are also banned from deliberately increasing trading volume.