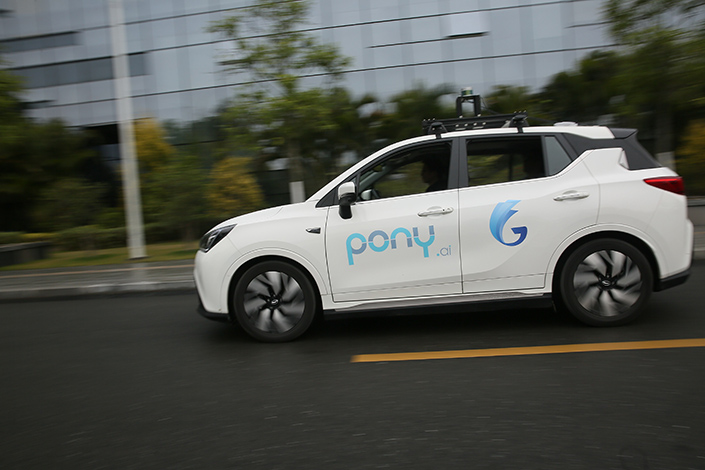 Pony.ai plans to mass-produce its Level 4 self-driving system by 2023, as the industry works toward commercializing the technology.

That was the message Pony.ai gave during the World Artificial Intelligence Conference being held from Wednesday to Saturday in Shanghai, at which a host of tech giants are touting their latest technology, according to a post on its public WeChat account.

U.S. engineering standards group SAE International classifies autonomous driving from Level 0 to Level 5, with Level 4 referring to the features that enable a vehicle to drive itself under most circumstances with no human intervention.

The Level 4 system will be powered by a new sensing platform equipped with Iris lidar sensors developed by U.S.-based Luminar Technologies, according to the post. Only 10 centimeters in height, these sensors are capable of detecting objects up to 500 meters (1,640 feet) away, according to Luminar’s website.

Currently, Pony.ai is trialing its fleet over 200 robotaxis in the Chinese cities of Guangzhou, Shanghai, Beijing, as well as Irvine and Fremont in California.

The Toyota-backed company has also dipped a toe into the autonomous freight market. Its self-driving trucks have travelled more than 37,000 kilometers and transported over 13,000 tons of goods since May, when its smart logistics subsidiary obtained a license to conduct commercial autonomous freight operations in Guangzhou, according to Pony.ai Vice President Li Hengyu.