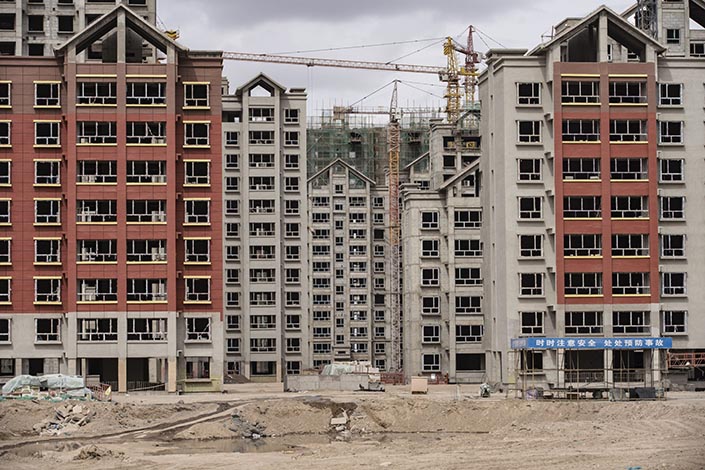 The company was not able to raise enough funds for the repayment on a 900 million yuan ($139 million) local bond that matured Sunday, which amounts to a default, according to a Monday statement from Languang to the Shanghai Clearing House. The builder said last week it might not be able to make the payment.

“The company’s refinancing in the public market has run into trouble since the end of 2020,” it said in Monday’s statement. That, plus strained operating cash flow and debt accelerations imposed by some financial institutions, led to the missed payment, Languang added. The firm is making a “medium- to long-term, comprehensive” plan to resolve its problems with “strong support” from local authorities and “active coordination” of financial regulatory institutions.

Languang is the latest Chinese developer to miss a payment this year, highlighting the sector’s stresses. But alone it’s not expected to have a broader impact as real estate has been driving a record surge of domestic corporate bond defaults this year. Beijing has moved to curtail borrowing in the debt-laden industry. Chinese junk-rated dollar bonds, of which builders make a large portion, recently saw their worst sell-off since the pandemic roiled markets in March 2020.

Languang is one of China’s bigger builders, ranked 38th by contracted sales in 2020 according to China Real Estate Information Corp. But its outstanding debt is much less than the likes of China Evergrande Group, whose leverage is watched by the highest levels of China’s government for potential systemic risks to the economy.

Concerns about Languang’s capacity to repay debt prompted several Chinese local debt assessors to downgrade the company’s ratings further into junk territory last week. The firm has around 4.5 billion yuan of onshore bonds maturing or becoming puttable the rest of this year, including the 900 million yuan bond, credit raters have said.

One Languang unit separately disclosed Monday it hired a financial adviser to explore potential options for what it called a “consensual resolution” with holders of its three dollar bonds, which mature in 2022 and 2023. They’re all currently priced below 30 cents on the dollar, Bloomberg-compiled data show. Languang’s shares listed in Shanghai have tumbled 41% this year.

The prospectus for one of Languang’s dollar bonds says an event of default on that note occurs if the parent guarantor or any subsidiary fails to repay debt of at least $15 million in principal.