By Wang Lijun and Yang Ge 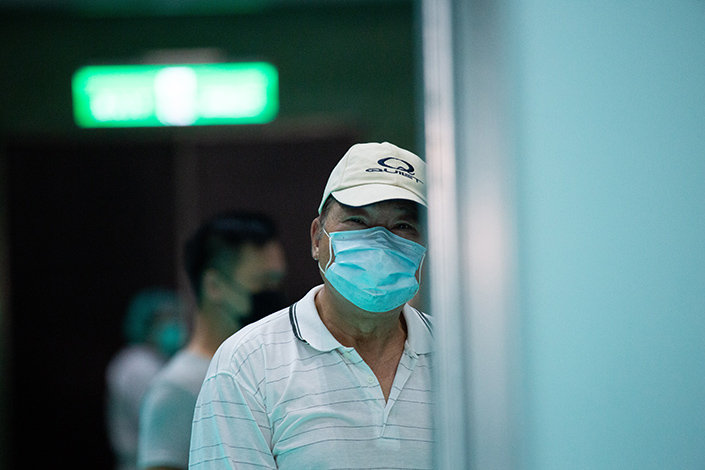 A man waits to recieve a Covid-19 vaccine in Taipei, Taiwan, on July 5. Photo: VCG

TSMC is the world’s largest contract manufacturer of semiconductor microchips, with a customer base that includes the likes of Qualcomm. Hon Hai is one of the world’s largest contract electronics makers whose clients include Apple. Hon Hai, along with the Yonglin Charity Foundation, was founded by Terry Gou, one of Taiwan’s wealthiest businessmen who also enjoys strong political ties to the local government.

The BNT162b2 vaccine was co-developed by BioNTech and U.S. drug giant Pfizer, and is one of two now being used worldwide based on cutting-edge mRNA technology that makes them highly effective. The other mRNA vaccine is produced by U.S. drugmaker Moderna.

In May, BioNTech and Fosun announced an agreement to form a $200 million joint venture that would manufacture the vaccine in Shanghai. Fosun later provided an update saying the plan was moving ahead and that vaccine production could begin in August.

“We are glad to see that the vaccine co-developed by Fosun Pharma and BioNTech could play a positive role in the prevention and control of the epidemic in Taiwan,” Fosun Pharma Chairman Wu Yifang said in a statement. “We will work closely with our partners to provide safe and effective vaccines to Taiwan at an early date.”

Fosun had previously expressed a desire to send the vaccine to Taiwan and negotiations for such a deal began as early as last October, a knowledgeable source told Caixin. But Taiwan authorities had dragged their feet until recently, reflecting the complexity of doing business across the Taiwan Strait. That may have changed around May after the island started experiencing its first major outbreak since early in the pandemic, which caused officials to realize the current supply of vaccines was short of what was needed to cover the entire population.

The source told Caixin that besides the official delays, BioNTech had expressed concerns about the high expertise needed to transport the vaccines due to requirements for extremely low temperatures throughout the shipping process. Those concerns were eased with the entry of Zuellig Pharma, a Hong Kong-based company that had previous experience with helping to distribute the Moderna mRNA vaccine that had similar low-temperature requirements.

Several other Taiwan cities and civic organizations are currently in additional talks to purchase the vaccine from Fosun, the source said. One of those, the Tzu Chi Foundation, announced on Saturday it had reached an agreement to lead negotiations for up to 5 million doses of the BioNTech vaccine from Germany, according to a local media report.