By Shen Xinyue, He Xinye and Han Wei 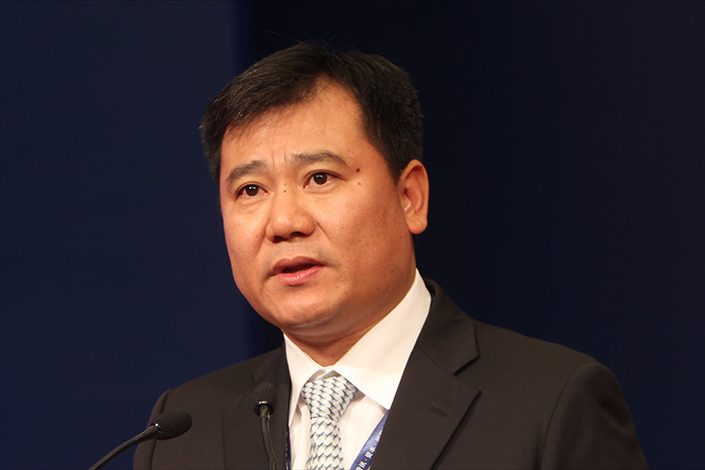 Zhang Jindong, the billionaire founder of Chinese retailing conglomerate Suning Holdings, stepped down as chairman of the e-commerce arm Suning.com Co. Ltd. (002024.SZ) in a major leadership shuffle after the debt-ridden conglomerate got a $1.36 billion bailout from state investors and Alibaba Group.

Zhang, 58, will become honorary chairman and advise on the company’s development strategy, Suning.com said Monday in a filing. Zhang will no longer hold any duties or rights as a board member but will continue as legal representative until a replacement is named, the company said.

Ren Jun, a board member, will perform the duties of chairman temporarily, Suning.com said. The changes were reviewed by the board of directors but are still subject to shareholder approval July 29.

With Zhang’s departure, his son Steven Zhang Kangyang was nominated for the board. Steven Zhang is currently a Suning.com executive overseeing the company’s international businesses, including the football club Inter Milan.

A Suning source told Caixin that Alibaba, which previously held 19.99% of Suning.com through a subsidiary, became the largest shareholder following the bailout. But as a partner in the rescue fund, Alibaba’s holding can’t be directly translated into voting power, and it doesn’t hold a veto right in the company, the source said.

Once a retailing pioneer, Zhang wanted to build Suning into a sort of Chinese Walmart-plus-Amazon entity and undertook an aggressive expansion between 2015 and 2019, investing in real estate, telecom, sports streaming and football clubs.

But the shopping spree and losses from its core retail business dragged Suning into the liquidity crisis. Suning sought to climb out of the crisis by seeking state help and offloading assets, including planning to sell staff housing in its home city of Nanjing, Jiangsu’s capital.

Last year, Suning.com reported a net loss attributable to shareholders of 4.3 billion yuan ($664 million), a reversal from a net profit of 9.8 billion yuan in 2019.