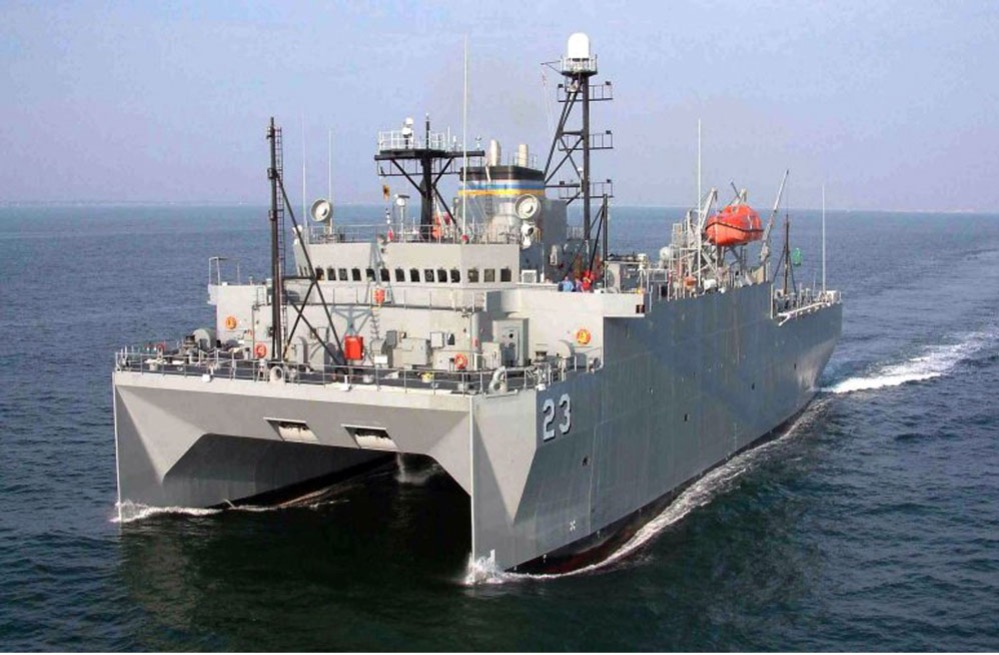 The U.S. Navy intensified surveillance of Chinese submarines in the South China Sea in the first half of the year, a Beijing-based Chinese think tank found.

"The U.S. military's continuously sending surveillance vessels to the sea areas to carry out operational activities is mainly for the preparation of future underwater combat," the analysis said.

Beijing and Washington have been making efforts to reengage with each other after four years of turbulence in bilateral diplomatic ties under former U.S. President Donald Trump. However, tensions still remain high between the two countries over some thorny issues including the South China Sea.

Sea areas in the vicinity of the Xisha and Zhongsha Islands, off the coast of China's southernmost island province of Hainan, were the primarily focus of the U.S. surveillance ships, the analysis said.

The sea areas, with a depth of more than 2,000 meters and complex hydrological environment, are the natural waters for carrying out underwater operations and anti-submarine warfare, the analysis said.

Unlike previous surveillance efforts, the U.S. ships widened the operational range, first sailing in the "hinterland" sea areas west of the Xisha Islands this year, it said.

Xisha and Zhongsha islands and the seas around them are administered by the prefecture-level city of Sansha in Hainan province. On Monday, the Chinese Navy expelled a U.S. destroyer "trespassing" in Chinese territorial waters of the Xisha Islands, according to China's defense ministry.

The analysis suggested that the U.S. has been "normalizing" its deployment of surveillance ships in the South China Sea. In the 181 days of this year’s first half, there were 161 days when at least one American surveillance ship was carrying out a reconnaissance mission in the targeted areas, it said.

The American ships sailed in the areas successively, lingering for at least 10 days and as many as 30-40 days, according to the report.

The U.S. military operates five in-service surveillance ships, including the Impeccable (T-AGOS 23), the Victorious (T-AGOS 19), the Able (T-AGOS 20), the Effective (T-AGOS 21) and the Loyal (T-AGOS 22). SCISPI tracked the ships and their sea routes based on satellite signals of automatic identification systems.

The ships use the Surveillance Towed-Array Sensor System to gather undersea acoustic data. They also carry electronic equipment to process and transmit data via satellite to shore stations for evaluation, according to the U.S. Congressional Research Service.

The U.S. military has been planning to build seven next-generation ocean surveillance ships at a cost of more than $400 million each, the congressional research arm said.