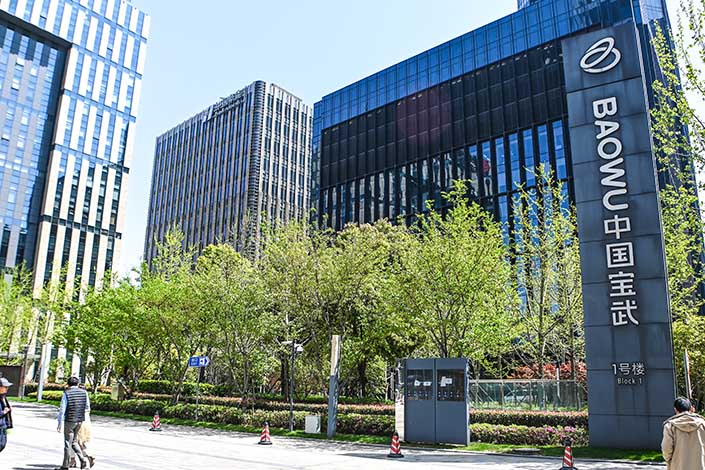 Word of the deal came in concurrent announcements after markets closed on Wednesday from Shandong Iron and Steel, as well as Shandong Jinling Mining Co. Ltd. and Zhongtai Securities Co. Ltd. They said the Shandong branch of the State-owned Assets Supervision and Administration Commission (SASAC), owner of most of China’s largest state-owned assets, was preparing such a deal as part of a strategic reorganization for the leading Shandong steelmaker.

Sources had told Caixin earlier this year that such a transfer was in the works.

The deal marks the latest in a rapid-fire series of acquisitions of state-owned steel mills by Baowu. China is the world’s largest steel maker, responsible for around half the world’s total output. But the industry has been highly fragmented for years, as local governments were loath to cede control of important and prestigious contributors to their local economies.

A major consolidation centered on Baowu began in 2019, promoted both by Beijing as well as local governments that were increasingly wary of giving continued support to regional companies that lacked the resources for long-term profitability due to their smaller size.

As the consolidation gained steam, Baowu officially passed ArcelorMittal SA for the title of world’s biggest steelmaker last year, ending the Luxembourg-based company’s 14-year streak at the top of the global steel heap.

Read more
In Depth: China Forges Steel Colossus. But Will the Pieces Stick Together?

Baowu’s rapid rise dates back to the second half of 2019 when its pace of acquisitions stepped up notably. That September, it acquired Masteel Group, a major producer in nearby Anhui province, and took over another major producer, Chongqing Iron & Steel Co. Ltd. That was followed a month later by its acquisition of a major producer in Northwest China’s Shanxi province, and its operational takeover of Beijing-based Sinosteel Corp. in October. And in November it acquired two smaller companies in Northwest China’s Xinjiang Uyghur autonomous region.

Its work still not finished for the year, it contributed to a major recapitalization of Tibet Mineral Development Co. Ltd. in November 2019 to become that company’s largest shareholder. It continued its spree this year with its February announcement that it would merge with Kunming Iron & Steel Holding Co. Ltd., a smaller producer in Southwest China’s Yunnan province.

Its latest purchase will put Baowu in charge of one of the five largest enterprises in East China’s Shandong province. Shandong Iron and Steel was itself formed through the merger of several local companies in 2008, covering a range of businesses from steelmaking to mining, machinery design, finance and logistics.

The Shandong branch of SASAC was eager to unload Shandong Iron and Steel off to a larger, centrally administered entity to take pressure off the broader group of assets under its purview that was being caused by the steelmaker’s relatively shaky financial performance. It believed it could do that through the combination with Baowu, whose financial position was far more solid.

In addition to its core steelmaking operations, Shandong Iron and Steel’s other assets included Zhongtai Securities, one of China’s top 20 brokerages, as well as a futures company and several other financial services entities. As part of the Baowu acquisition deal, Shandong Iron and Steel’s 46.4% stake in Zhongtai Securities is likely to be transferred to another Shandong-based state-owned enterprise, Caixin understands.