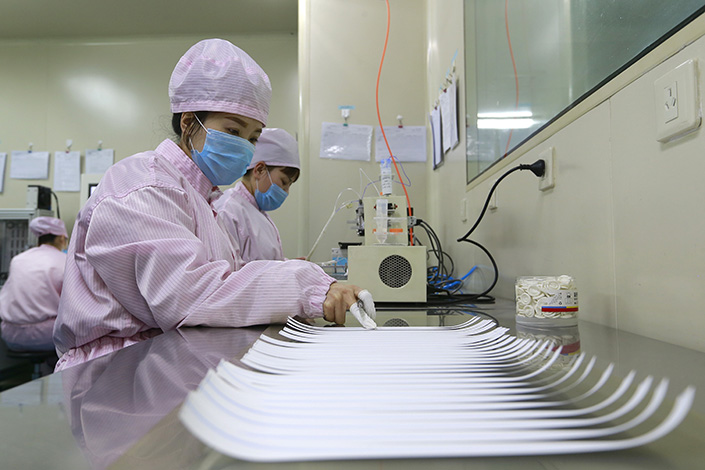 Medical companies that want to list abroad should work closely with regulators to make sure they’re not crossing any national security lines, a lawyer specializing in the field told Caixin, amid a crackdown on cross-border data transfers.

The suspended U.S. IPO of Alibaba-backed medical services provider LinkDoc Technology Ltd. gives a glimpse into the mounting regulatory pressures faced by a batch of data-rich Chinese medical technology firms. These companies are betting on the world’s second-largest health care market and often looking overseas for the capital they need to take advantage of booming demand for online medical services.

The latest round of cybersecurity reviews into data-rich platforms in different sectors may not only hurt the confidence of medical firms’ investors, but also imply regulators’ preference that companies seen as presenting potential national security and biosecurity risks list at home, Zhang Wenbo, a senior lawyer specializing in life science and health care, told Caixin.

All health care sector players should start paying more attention to what kind of medical data they are collecting and how they are protecting it, said Zhang. Companies planning to list in the U.S. must be especially careful when reviewing whether the user data they collect could have national security implications, and regularly communicate with the authorities to reduce the risk of regulatory issues, Zhang said.

A draft revision to the Measures for Cybersecurity Review, revealed on Saturday, places particular emphasis on preventing risks arising from cross-border data transfers by foreign-listed companies. Any Chinese company that holds the personal information of 1 million or more users would have to seek a government cybersecurity review before listing abroad, according to the draft.

This revision would land LinkDoc in the crosshairs. It has accumulated over 9 million longitudinal health care records — incorporated information gathered over time and across systems to provide a comprehensive view of a patient’s health care history — from over 2.5 million patients since 2015, according to its IPO prospectus.

These regulatory headwinds are likely to exacerbate the problems faced by Chinese medical data firms, who are generally unprofitable, partly due to the difficulty of commercializing medical big data amid technical and access problems.

LinkDoc, founded in 2014, provides cancer-focused health care services built on big data and artificial intelligence, its prospectus showed. Its revenue comes from a number of channels, including infusion and injection services and from fees generated by service contracts with life science companies and medical associations.

Mostly, however, revenue comes from sales of pharmaceutical and health care products. Such income accounted for 85.5% of the company’s total revenue in 2020 and 80.2% in the first quarter of this year, the prospectus shows.

LinkDoc’s revenue nearly doubled last year to 941.6 million yuan ($143.7 million) from nearly 500 million yuan in 2019, but growth slowed to 40.8% year-on-year in the first quarter, according to the prospectus.

In 2020, the company’s net loss widened to 690.9 million yuan from 552.8 million yuan in 2019, with losses in the first quarter nearly doubling that from the year earlier.

Nevertheless, LinkDoc and its peers are facing data access barriers, technical problems and stringent compliance requirements, industry insiders said. Hospitals are loath to share medical information, which they regard as a core asset, and it remains difficult to verify the authenticity of medical information, diversify data sources and protect data security, they said.