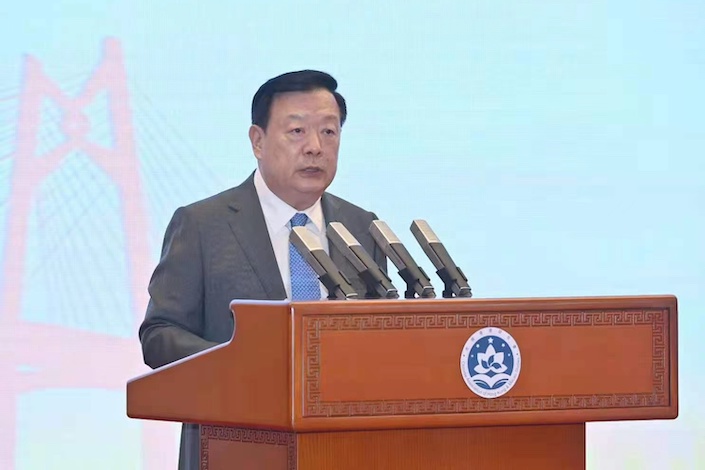 Color revolutions refer to a long series of uprisings around the world aiming for regime change after the Cold War.

Changes in Hong Kong “showcased the power” of the legislation, which proved to “keep Hong Kong safe, secure and peaceful,” Xia Baolong, the senior official in charge of the special administrative region, said in a speech, according to a transcript (link in Chinese) released by the office.

Last June, the standing committee of the National People’s Congress, the Chinese legislature’s top decision-making body, enacted the national security legislation for Hong Kong to restore stability after about a year of social unrest.

During the March “Two Sessions,” the country’s top annual political gatherings, the national legislature approved a decision to overhaul Hong Kong’s electoral system as part of a continuing effort to ensure that the semi-autonomous territory is governed by “patriots."

In his Friday speech, Xia said the special administrative region must strictly implement the principle of governing Hong Kong by “patriots,” and those with strong administrative abilities should be chosen.

The U.S. reportedly planned to impose sanctions Friday on seven Chinese officials from China's Hong Kong liaison office, according to a Reuters report that cited two unnamed sources familiar with the matter.

The U.S. should stop interfering in Hong Kong affairs “in any way,” or China will make a “resolute, strong response,” Zhao Lijian, China’s Foreign Ministry spokesman, said Friday at a regular news briefing.