By Wang Juanjuan and Yu Ning 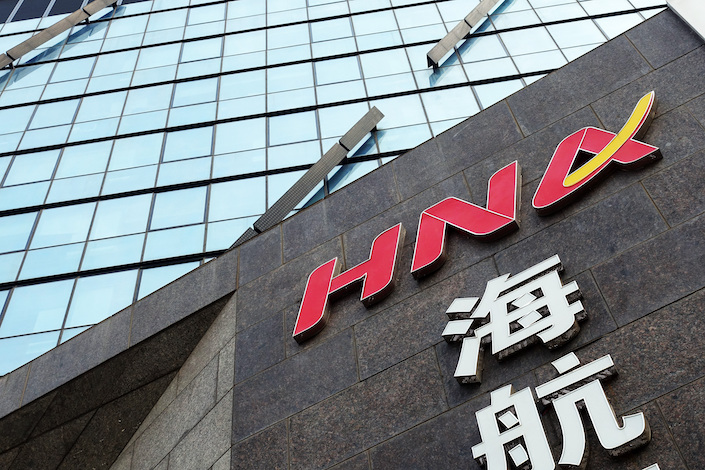 After years of unsuccessful struggle to repay trillions of yuan in debts, HNA this year entered bankruptcy restructuring along with its 320 affiliates.

China’s debt-laden HNA Group Co. Ltd. faces billions of dollars in debt claims filed by 60,000 retail investors who poured money into wealth management products sold by its units as the once high-flying conglomerate struggles in a lengthy bankruptcy restructuring.

Once among China’s most aggressive overseas dealmakers, HNA borrowed heavily to buy global assets including stakes in Deutsche Bank AG and Hilton Worldwide Holdings Inc. until China tightened credit rules to crack down on capital flight and companies’ debt risks. After years of unsuccessful struggle to repay trillions of yuan in debts, HNA this year entered bankruptcy restructuring along with its 320 affiliates.

HNA reportedly faces 1.2 trillion yuan in total debt claims from nearly 70,000 creditors. Although the 30 billion yuan of claims by retail investors amounts to only a small portion of the company’s total debt, the large number of creditors involved makes it a thorny part of HNA’s debt restructuring.

Caixin learned that HNA has yet to reach an agreement with the retail creditors on how their debts should be classified. Some HNA creditors argued that the debts should be identified as obligations to employees and granted priority in repayment as most of the wealth management products were sold exclusively to HNA employees and their acquittances. But HNA in a meeting with some creditors in June said such debts should be treated equally with other debts.

Although some legal experts said retail investors should be better protected in this case, others said special treatment would be unfair to institutional creditors and disrupt market order.

Founded in 2014 by HNA Capital Group, Jubaohui is HNA’s most important online financing platform and was the first one hit by default. Qianhai Air & Shipping was also founded by 2014 and controlled by HNA units.

Products sold by the platforms were mostly backed by HNA-affiliated companies, but it is difficult to track exactly where the money went.

“HNA had a very complicated corporate structure and messy management,” one official in the HNA restructuring team told Caixin. “Very often an executive’s verbal order could decide how the money was invested. It’s difficult to figure out how the money was spent. It’s like a drop in the ocean.”

In addition to the 30 billion yuan of debt claims, about 4 billion yuan of similar debts were unconfirmed as of June 4 as many former employees who purchased the investment products failed to present electronic contracts, an HNA employee said.

“Between 2017 and 2018 when HNA’s liquidity crisis just started, the company probably could still be able to repay the retail investors after it sold hundreds of billions of yuan of assets,” said the official on the restructuring team. But management didn’t deal with the issue properly and missed the best opportunity as the crisis dragged on and the pandemic hit, the official said.

HNA did not report 2019 and 2020 financial results, making it difficult to get a clear picture of its overall financial situation. According to HNA Group’s 2019 half-year report, as of June 2019 the company had total assets of 980.6 billion yuan ($150 billion) and total liabilities of 706.7 billion yuan, with a 72% assets-to-liabilities ratio. However, several sources told Caixin that HNA’s actual assets-to-liabilities situation was far worse than the books showed as there was a large amount of off-balance sheet loans and hidden financing.