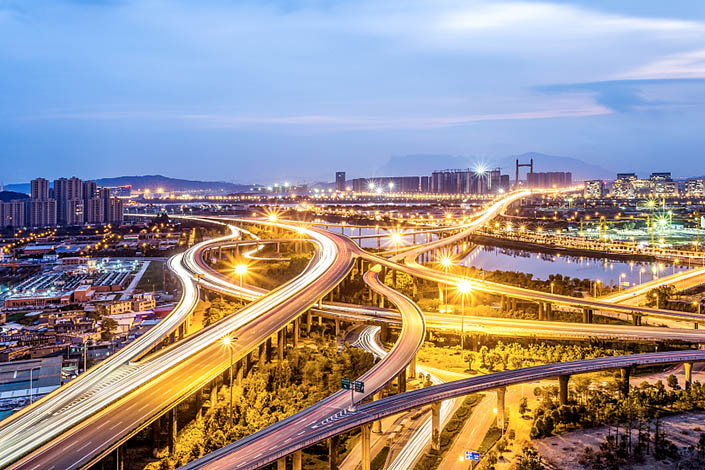 China’s GDP grew by 7.9% year-on-year in the second quarter, showing steady improvement, and the two-year average growth of 5.5% is close to the country’s potential growth rate. Exports and real estate were driving China’s economic growth in the first half of 2021, while manufacturing investment and consumption lagged behind.

Looking ahead, as the driver of global recovery shifts from tradable goods to nontradable services, and production recovers overseas, domestic demand should play a bigger role in driving China’s economy forward. Given resurging Covid-19 infections, the weak foundation of domestic economic recovery and imported inflationary pressures, the second half will likely be more challenging and GDP growth is expected to fall below 6%, bringing full-year growth to around 8.5%.

Since the Covid-19 outbreak last year, exports and real estate have been the key drivers of growth. Following a sluggish performance pre-pandemic due to escalating China-U.S. tensions, exports became the unexpected growth engine as fiscal stimulus worldwide drove demand.

Yet as global recovery shifts from tradable goods to nontradable services and production recovers overseas, the export outlook for the second half may face some uncertainties.

Real estate investment remained resilient in the first half. With two-year average growth at 8.3%, it was a pillar of domestic demand. However, pressure on developer financing has been mounting following the introduction of the “three red lines” and other regulations. Developers had to respond by reducing land acquisition and housing starts. Year-to-date growth of land acquisition area and new construction area in the first half were -6.5% and -2.0% year-on-year respectively, while the year-to-date completion area reached 6.1%. In June, area sold and developer funding growth slowed to 4.8% and 8.5% year-on-year respectively. The contribution of land acquisition fees weakened significantly, and real estate investment also fell to 7.2% year-on-year, the lowest point since May 2020. Against the backdrop of tightening financing regulations, real estate investment is expected to remain under pressure in the second half.

As uncertainties remained, corporate investment and household consumption lagged behind in the first half. In particular, due to restrictions offline and a rise in precautionary savings by low-income groups, household consumption recovered slowly. A People’s Bank of China (PBOC) survey indicates that in the second quarter, the willingness to save remained high at 49.4%, while the willingness to consume was only 25.1%. In addition, the Covid-19 resurgence in some parts of China made the recovery of service consumption relatively sluggish. The two-year average growth of retail sales from January to June was 4.4% year-on-year, of which goods grew by 4.9%, while catering revenue, an approximate proxy for service consumption, was down 0.1%.

CPI and PPI fell thanks to a slew of measures

In May, a slew of measures aimed at “ensuring supply and stabilizing prices” were introduced to curb imported inflation and they proved effective. In June, the rapid price rise of steel, nonferrous metals and other industrial commodities was reined in, and domestic producer price index (PPI) slowed to 8.8% year-on-year. Meanwhile, in view of the weak recovery in domestic demand and falling pork prices, surging PPI is unlikely to translate into the consumer price index (CPI). In fact, the CPI fell to 1.1% in June and core CPI remained unchanged at 0.9%, indicating muted inflation risks in China. Looking ahead, CPI is expected to pick up moderately in the second, peaking in the fourth quarter.

U.S. inflation is still on the rise, so the risk of imported inflation should not be underestimated. This year marks the mainstreaming of a new fiscal-monetary framework, where central banks support nearly unbridled fiscal spending. Excess liquidity coupled with higher demand for commodities drove up global commodity prices, leading to higher-than-expected inflation. In June, U.S. CPI rose 0.9% year-on-year to 5.4%, a record high since June 2008. Core CPI was as high as 4.5% year-on-year, a record high going back to November 1991.

As the U.S. monetary policy framework pivots, the Federal Reserve’s tolerance for inflation has risen and global average inflation is expected to rise significantly going forward. Although Fed Chairman Jerome Powell explained in the semi-annual hearing in front of the U.S. House of Representatives that it was a "temporary supply chain problem" and warned about the mistake of reacting prematurely, inflation in the United States is expected to remain high in the future. This is because: 1) the pandemic improvement enables the offline economy to reopen; 2) higher wages lead to higher service sector prices; 3) housing costs soar due to rising U.S. housing prices, and 4) supply chain problems remain in some industries such as chip manufacturing.

China’s economy is in recovery, but the recovery is uneven. There are many uncertainties in the second half of the year. For example, will exports and real estate maintain their strong momentum? What is the outlook for consumption and manufacturing investment? Will higher inflation overseas cause trouble in China? In this context, stabilizing growth and supporting the operation and production of SMEs will be the main focus of policymakers.

On the monetary policy front, the PBOC announced a comprehensive reserve requirement ratio cut on July 9, releasing 1 trillion yuan of long-term funds. This will help ease the pressure of some small and micro businesses, fill the liquidity gap, reduce the comprehensive social financing costs, and support the real economy. The easing of monetary policy shows that stable growth is a policy objective that takes precedence over inflation prevention. On the fiscal policy front, the two-year average growth rate of general public budgetary expenditure from January to May was close to zero (0.3%), and fiscal expenditure was significantly lower than revenue. The completion rate of new revenue bond issuance was only 16.5% of the target, which was significantly lower than the previous two years, leaving most of the quota to be filled later this year. In the second half of 2021, we need to focus on the precision and effectiveness of fiscal policies, especially structural policies, while improving the efficiency of the use of revenue bonds to maintain the steady growth of infrastructure investment.

In the face of uncertainties, risks and challenges ahead, macro policies should maintain continuity; monetary and fiscal tools should be coordinated; policies should be more forward-looking, and cross-cycle adjustments should be made to stabilize the economy and address potential cyclical risks. In order to help SMEs and micro businesses, which are particularly affected by the pandemic and commodity price spikes, we should provide them with more room for growth by deepening governance reforms, optimizing the business environment, and making good use of structural policies.