By Shan Yuxiao and Tang Ziyi 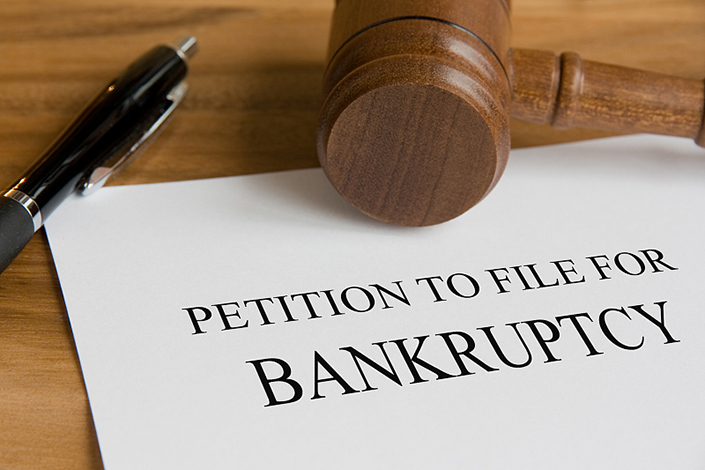 A landmark personal bankruptcy ruling by a court in southern Chinese city of Shenzhen could pave the way for the nationwide rollout of a legal system that would allow individuals and private businesspeople who can’t repay their loans to undergo debt workouts or be declared bankrupt.

The Shenzhen Intermediate People’s Court approved a bankruptcy restructuring plan (link in Chinese) for Liang Wenjin, a businessman who racked up 750,000 yuan ($155,544) in debt as of March after a failed business venture, according to a statement posted by the court on Monday. Liang was ordered to repay the principal to his creditors within three years but was exempted from paying interest and late-payment penalties.

Although a personal bankruptcy law has been under debate in China for years, the country still lacks a nationwide legal framework to help individuals deal with debt caused by business failure or overborrowing while also ensuring creditors are fairly compensated. It was only in July 2019 that the government put forward a proposal to establish a bankruptcy system for insolvent individuals, focusing initially on business-related bankruptcy and then establishing rules covering consumer debt.

Some local governments, mainly those in the more developed eastern provinces with a large proportion of small private businesses, started to pilot their own personal bankruptcy systems and Shenzhen was among them.

The city exercised its right as a special economic zone to designate several organizations to draft local personal bankruptcy regulations after adopting a suggestion in 2014. The Supreme People’s Court issued a document (link in Chinese) in November 2020 to support a pilot reform of the bankruptcy system in Shenzhen. Local legislators approved the regulations in August 2020 and they went into effect (link in Chinese) in March this year.

The implementation of the local legislation in Shenzhen underscores the need to find solutions for personal debt issues raised by the expansion of the private sector. Previously, without an effective exit mechanism, debt-laden private entrepreneurs in China often chose to simply flee, leaving creditors on the hook. This also made life difficult for courts, which struggled to rule on debt disputes when they could not find debtors or assets that could be used to compensate creditors.

The explosion in consumer credit and the growing number of delinquent borrowers is also pushing the government to speed up the development of a personal bankruptcy system. Government data show that household leverage reached 62.2% of GDP at the end of 2020, up from 44.7% at the end of 2016.

Since the system went into effect in March, the bankruptcy court of the Shenzhen Intermediate People’s Court had received 615 applications as of Friday, including 533 for bankruptcy liquidation, 48 for restructuring and 34 for conciliation, according to Cao Qixuan, president of the bankruptcy court. The court has started to review 30 cases and has so far accepted seven, one of which is Liang’s.

Liang, 35, filed for personal bankruptcy (link in Chinese) in March after the Bluetooth earphone company he set up with former colleagues in 2019 failed last year during the Covid-19 pandemic. Sources with knowledge of the matter told Caixin that he had initially applied for bankruptcy liquidation but switched to restructuring because that was a more suitable option for debtors with a stable income — he now has a job as an engineer that pays him about 25,000 yuan a month.

The Shenzhen court appointed law firm Jing Tian Law Office as his bankruptcy administrator and organized a creditors’ meeting in June which approved the restructuring plan that will require Liang to repay 564,216.9 yuan, the principal of the total debt the court confirmed in July, in the coming three years but will exempt him from paying interest and other fees, according to Monday’s statement.

Liang will be able to keep a certain proportion of his salary for living expenses for his family and will use the remainder to repay his creditors who are expected to recover 88.73% of their debt, far more than the estimated 33.34% they would get under a liquidation plan, according to the statement.

Commenting on Liang’s case, Cao said debt restructuring is a “win-win” solution for both the debtor and creditors. Without a debt repayment agreement, “the debtor may not even have enough disposable income to repay the interest of his debt and penalty fees for late payment,” he said. “The debt would likely snowball, crushing the debtor and, at the same time, turning into a bad debt for the creditors.”