By He Shujing and Guo Yingzhe 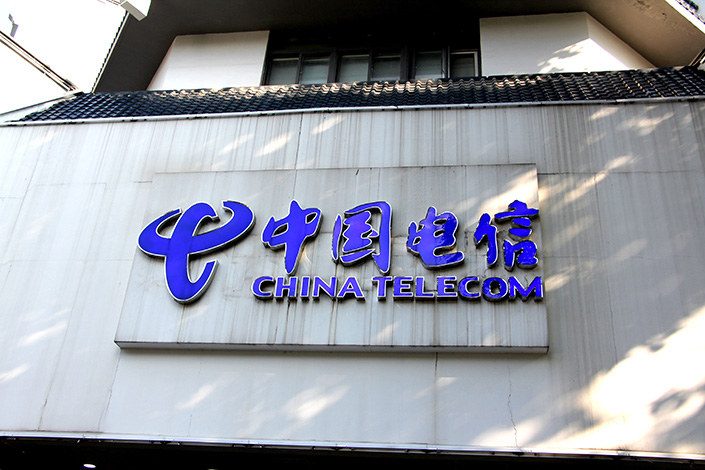 Although the U.S. blacklisting was a major factor prompting China Telecom to file for the Chinese mainland listing, the company is also seeking to raise money to fund long-term initiatives. Photo: VCG

China Telecom has gotten the green light to make a secondary listing in Shanghai, fulfilling a move that began when its American depositary shares (ADS) were suspended from trading after the state-owned giant ended up on a U.S. government blacklist.

Hong Kong-listed China Telecom Corp. Ltd. aims to raise about 54.4 billion yuan ($8.4 billion) through a listing on the main board of Shanghai Stock Exchange. The China Securities Regulatory Commission has approved China Telecom’s application, which was filed in April, but the company has not received an official permit, according to a filing (link in Chinese) Thursday.

China Telecom started looking to list in Shanghai after it was added to a blacklist of companies that the U.S. government accuses of having links to the Chinese military. U.S. investors are banned from trading shares of any company on the blacklist, resulting in the New York Stock Exchange suspending it from trading. China Unicom and China Mobile, the country’s other two major wireless carriers have also been hit with the sanctions.

Although the blacklisting was a major factor prompting China Telecom to file for the Chinese mainland listing, the company is also seeking to raise money to fund long-term initiatives such as developing an enterprise-focus business and creating an equity incentive program, a telecommunication industry analyst told Caixin.

According to the prospectus (link in Chinese), about half of the net proceeds of the Shanghai IPO will be used to build infrastructure to advance the Chinese carriers’ “cloud computing and wireless telecom” (云网融合) strategy. China Telecom plans to spend 11.4 billion yuan to build a 5G industrial internet, along with 16 billion yuan on research and development.

Enterprise-focused businesses are a new field for China’s three major wireless carriers, a manager at China Unicom told Caixin. The companies are making adjustments to adapt to the custom needs of other businesses, as they had gotten used to providing a one-size-fits-all package for individuals.

In May, China Mobile Ltd. filed for a secondary listing to sell as many as 964.8 million shares, or 4.5% of its total issued, on the Shanghai Stock Exchange at an undisclosed price.

The three state-owned telecom carriers are all facing U.S. delistings because they failed to (link in Chinese) get the NYSE to reverse the suspension of its shares amid signs that the Biden administration would maintain restrictions on certain Chinese companies imposed under former U.S. President Donald Trump.

China Unicom said in a filing (link in Chinese) in May that investors holding its ADSs can exchange them for Hong Kong shares.