By Wang Juanjuan and Liao Zhaolong 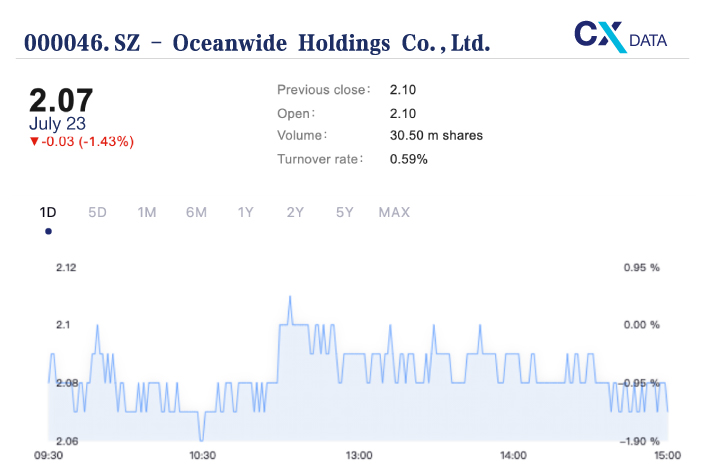 The privately owned group’s listed unit, Oceanwide Holdings Co. Ltd. (000046.SZ), intends to sell a stake of no less than 20% in the brokerage to state-owned Wuhan Financial Holdings (Group) Co. Ltd., according to an exchange filing on Wednesday (link in Chinese). The statement did not say how much money the disposal would raise. If completed, the sale would make the Wuhan-based company Minsheng Securities’ biggest shareholder.

China Oceanwide and its affiliates originally controlled a more than 70% stake of Minsheng Securities but the group has been offloading shares in the brokerage to help reduce its debt pile which soared as the company embarked on a global acquisition spree that included the 2017 purchase of International Data Group Inc. (IDG), a U.S.-based tech media and data company, for almost $700 million.

Oceanwide Holdings’ latest annual report (link in Chinese) released in April showed its parent company’s liabilities stood at 69.9 billion yuan at the end of 2020 while the listed unit itself had liabilities of 146 billion yuan.

China Oceanwide needs to find cash to repay 20.9 billion yuan in bonds that mature or are subject to redemption this year, according to Caixin calculations. In late May, one of its offshore units failed to repay $280 million of dollar bonds issued in 2019 to help fund the company’s overseas acquisition spree.

The Beijing-based conglomerate, whose operations include energy, property, and finance, has already cut its stake in Minsheng Securities since last year, raising an estimated 7 billion yuan from the sales. In June the group announced it had agreed to sell IDG to U.S. private equity group Blackstone Group LP for $1.3 billion.

The proposed share sale to Wuhan Financial Holdings along with other planned disposals, would reduce Oceanwide Holdings’ stake in the brokerage to 7.47%. China Oceanwide also has a 6.2% indirect stake via its subsidiary Oceanwide Energy Co. Ltd.

Minsheng Securities, a midsize brokerage, has been a major source of income for China Oceanwide. It reported a net profit of 919 million yuan last year, according to Oceanwide Holdings’ annual report.