By Huang Rong and Cai Xuejiao 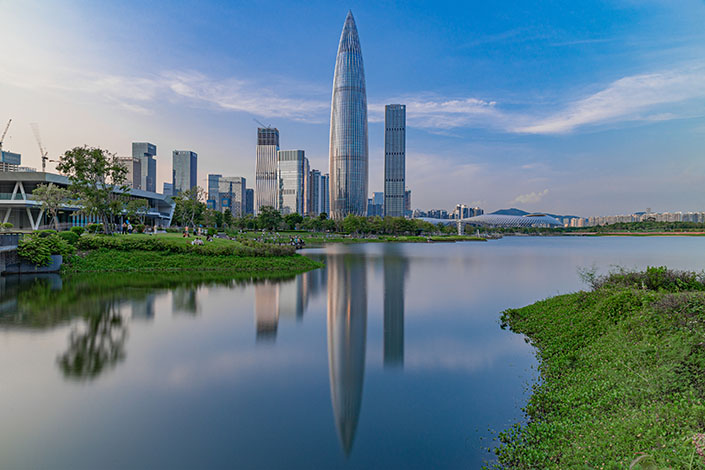 Locals relax at a Shenzhen park on Aug. 23. Photo: VCG

A new draft regulation being considered by Shenzhen lawmakers will allow leading Communist Party and government cadres to take part-time roles in state-owned companies, a practice that has been banned by the central government since 2013 to stop corruption and unfair market competition.

The draft proposes that employees of state-invested enterprises and government departments can hold part-time positions as directors and supervisors of state-owned companies, but that they should not receive salaries, bonuses or allowances.

They should also refrain from using their influence to seek illicit gains for the companies.

The document was published (link in Chinese) by the Shenzhen Municipal People’s Congress last week for public feedback until Aug. 10.

As a special economic zone regarded as a pioneer of the country's reform and opening-up, Shenzhen has been granted legislative powers to test new policies and rules to manage its own agenda.

Over recent decades, it has used these powers to adopt legislation in areas such as blood donation, government procurement and mental health, sometimes well in advance of similar national-level laws and regulations.

The draft regulation comes as the special economic zone exercises its legislative power to “guide and regulate reforms in state-owned companies,” lifting current restrictions (link in Chinese) imposed on incumbent and former officials by the central leadership in October 2013 to prevent violations by officials, such as taking bribes.

More than 40,700 leading party and government cadres, including 229 at the provincial and ministerial level, left their part-time posts at state-owned enterprises as of July 2014, according to the Organization Department of the Communist Party Central Committee.

Yang Xiaojun, a professor at the Chinese Academy of Governance, told Caixin in a previous interview (link in Chinese) at the time that having officials serve in part-time company roles would seriously jeopardize the fair order of market competition and bring possible corruption.

Prior to the 2013 restrictions, Shenzhen’s State-owned Assets Supervision and Management Commission had sent its cadres to local enterprises to serve as directors and supervisors.

Their roles, according to a separate explanatory document for the new draft regulations, enabled effective communication between the commission and the enterprises.

The city then formulated the new draft regulation in a bid to introduce officials with ability and experience in corporate governance to enterprises, according to the explanatory document.