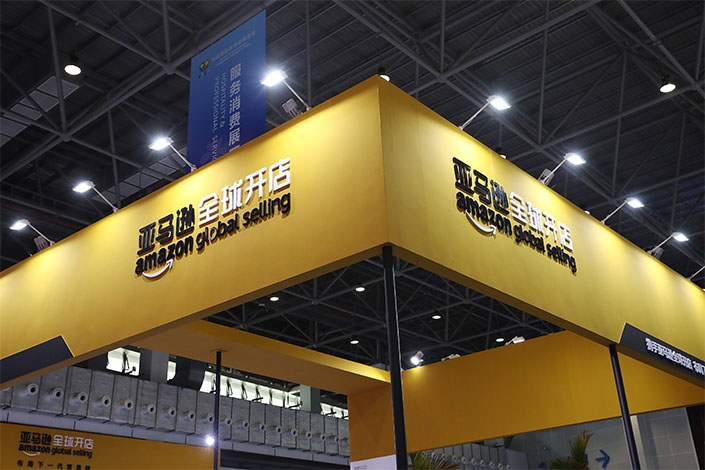 Chinese cross-border sellers that use Amazon.com Inc. are up in arms after a crackdown on fake reviews saw hundreds purged from the platform, with some blaming it on the frosty U.S.-China relations.

Amazon put the purge down to improved detection of fake reviews. But a cross-border e-commerce industry group based in the commercial hub of Shenzhen has complained to China’s Ministry of Commerce, alleging the crackdown could be politically motivated.

Wang Xin, head of the Shenzhen Cross-Border E-commerce Association, told Caixin that some midsize sellers are facing bankruptcy and top sellers are cutting staff and delaying payments to suppliers due to the suspensions.

The practice of faking reviews to boost sales is widespread in China, where last week the State Administration for Market Regulation announced it had levied more than 206 million yuan ($31.8 million) in fines across more than 3,000 cases in the first six months of the year.

One Shenzhen-based seller, who asked not to be identified, alleged that Amazon was more likely to suspend rule-breaking merchants with Chinese IP addresses than their rule-breaking peers based in the U.S. Caixin was unable to find evidence of this.

Amazon did not respond to questions about whether sellers based in the U.S. were also being targeted, but said the crackdown was “global.” The firm referred Caixin to a June statement in which it said it did not discriminate based on the country where sellers operate, and that there were “continued improvements in detection of fake reviews and connections between bad-actor buying and selling accounts.”

Between the end of April and early July, Amazon has suspended nearly 300 individual Chinese seller accounts with combined yearly sales exceeding $1 billion, according to data from Marketplace Pulse, an e-commerce intelligence firm.

The purge has mainly affected sellers of consumer electronics, household fittings and sporting goods. Now it appears to be broadening from top sellers to smaller ones, sources told Caixin.

Earlier this month, Tiza Information Industry Corp Inc. an internet technology services provider, (300464.SZ) said (link in Chinese) its cross-border e-commerce subsidiary had many of its merchant accounts shut down on Amazon, and had 130 million yuan worth of funds frozen.

“‘Made in China, sold on Amazon’ is a big part of the Amazon marketplace. The recent suspensions will not impact its dynamics significantly — the suspended sellers represent a tiny share of the total number of China-based businesses on Amazon,” said Marketplace Pulse.

The crackdown on noncompliant marketing can force Chinese companies to seek compliant strategies such as brand building and developing strong supply chains, which may have positive impact on the e-commerce industry, said Chen Sibiao, CEO of SellerMotor Inc., a software services provider for cross-border e-commerce companies.

In the first half year, China’s cross-border e-commerce exports rose 44.1% year-on-year to 603.6 billion yuan, Li Quiwen, an official with the General Administration of Customs, said (link in Chinese) at a briefing last week.