By Qu Hui and Matthew Walsh 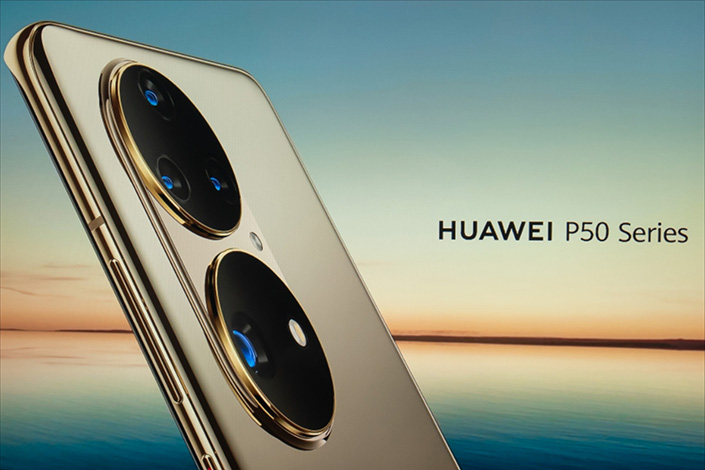 Huawei Technologies Co. Ltd. has finally unveiled its P50 smartphone series after a months-long delay, though the squeeze of U.S. sanctions means the handsets contain 4G microchips instead of the 5G-ready ones that the Chinese technology giant initially touted.

The launch on Thursday night suggests that the Shenzhen-based company is eager to stem the bleeding from its once-mighty mobile phone division, which crashed out of the global top five this year.

The P50 uses integrated circuits developed by Huawei and Qualcomm Inc., the only U.S. company so far to have received a license from Washington to sell chips to Huawei in an exemption to the restrictions.

Huawei delayed the launch of the P50 series earlier this year as the company sweated over dwindling stockpiles of chips for its mobile phones in the wake of sanctions imposed in September by the Trump administration on national security grounds.

The restrictions cut Huawei off from many of its suppliers, prompting the firm to shelve product launches, boost the development of its homegrown circuits, and explore alternative revenue sources, such as an aggressive foray into the automobile industry.

The sanctions also torpedoed Huawei’s share of the global smartphone market. The company crashed out of the top five highest-selling handset-makers worldwide in the first quarter of 2021 and did not recover its position in the second quarter.

The P50 range includes a standard model and the higher-spec P50 Pro. Both models feature the latest version of Huawei’s Harmony operating system, which the company expedited in response to a previous American blacklisting.

The standard P50 uses Qualcomm’s Snapdragon 888 4G chips, the same as those found in handsets sold by Huawei rivals Xiaomi, Oppo and Vivo. It will go on sale in September at a retail price of 4,488 yuan ($695), the company said.

The P50 Pro uses Huawei’s proprietary Kirin 9000 4G chips, though the company expects to equip the model with the Snapdragon 888 by December. The handset will hit shelves on Aug. 12 and will retail from 5,988 yuan, 200 yuan more than its predecessor, the P40 Pro.

Shipments of the P50 are unlikely to exceed 5 million units this year given its delayed launch and lack of 5G compatibility, said Sui Qian, an analyst at Strategy Analytics. Previous years saw new P-series handsets ship more than 10 million units.