Huawei Steers Toward Luxury EVs in Deal With GAC’s Aion

By Zheng Lichun and Matthew Walsh 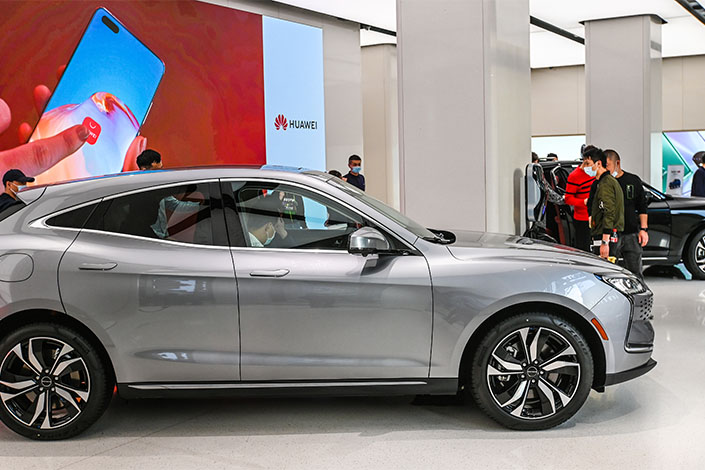 The Chinese technology giant will work with GAC’s electric vehicle (EV) marque Aion to create high-end self-driving cars for the consumer market by the end of 2023, GAC said in a statement (link in Chinese) on Wednesday.

The vehicles will operate at the “L4” level of automation, meaning they will not require human interaction in most circumstances, according to the statement. The two companies will also work together to create core technologies and standards for self-driving cars.

Huawei has inked software development deals with a series of carmakers in recent months as it seeks alternative sources of revenue in the wake of U.S. sanctions that have hobbled its core smartphone business.

Huawei’s automotive specialties include computing and communications architecture, smart cabins and a palette of driving, networking and cloud software and hardware. The Shenzhen-based company has repeatedly stressed that it will not make its own cars.

However, some automakers have appeared to push back against some of Huawei’s terms for such deals, which include adding its logo to the body of the Polar Fox and taking a cut of the model’s sales revenue.

Su Qing stoked controversy during a panel discussion at the World Artificial Intelligence Conference in Shanghai earlier this month, saying that Tesla’s vehicles had a “rather high accident rate in the past few years” and that the nature of deadly accidents involving the American firm’s cars in the past few years were “very similar.”

He also said accidents are bound to happen as AI machines are introduced and integrated into our daily lives. A video of his comments later trended on Chinese social media.