By Wang Xintong and Guan Cong 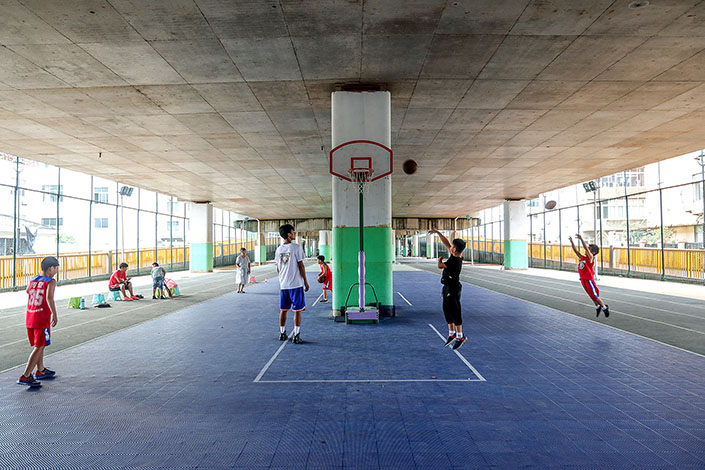 With its athletes excelling at the Olympic Games, China has issued a national fitness plan that sets ambitious goals for the proportion of residents exercising regularly to reach 38.5%, and the sports industry to be worth 5 trillion yuan ($773.6 billion) by 2025.

The plan was issued (link in Chinese) Tuesday by the State Council, China’s Cabinet, as Chinese athletes continued to compete at the 2020 Tokyo Olympics, where they lead the gold medal tally. The plan spans from 2021 to 2025 and is the latest of its kind to promote exercise and physical health, as well as give the sports industry a boost.

The aim to have 38.5% of the population exercising regularly by 2025 is an increase of 1.3% compared with the previous five-year period. Combined with other goals, such as making more than two sports instructors on average available to every 1,000 residents, the size of the sports industry will reach 5 trillion yuan at the same time.

The size of the industry had increased for three straight years to reach 2.95 trillion yuan (link in Chinese) in 2019, according to data from the National Bureau of Statistics (NBS).

The new plan aims to create or expand 2,000 fitness venues, such as sports parks and stadiums, by 2025, achieving a “full coverage” of fitness facilities in counties, towns, villages and communities so that residents are no more than a 15-minute walk away from a place to exercise.

It highlighted the importance of promoting sporting activities for key groups such as young people.

For example, the plan requires students to have two hours of sports time every day, including one hour off campus. All kinds of youth sports events will be integrated and a system with such events targeting students in different grades and regions will be improved.

In addition, it requires authorities to adjust fitness facility standards to make them more suitable for minors, especially those with myopia, obesity and other health problems.

The plan will help fill the space left by the after-school tutoring sector, which has been hit hard by China’s recent regulations, and address the rising unemployment rate of young people, said Zhang Zhiwei, chief economist at Pinpoint Asset Management Ltd.

In June, the urban unemployment rate of residents aged 16 to 24 was 15.4%, up from 13.8% a month earlier, NBS spokesperson Liu Aihua said at a press conference. With millions of new college graduates ready to enter the job market, the country is under great pressure to deal with the large number, she said.

Shares of Chinese sneaker-makers, including Li Ning Co. Ltd. and Anta Sports Products Ltd., and other sports-related companies, climbed after the release of the plan, Bloomberg reported.