By Zhao Xuan and Kelsey Cheng 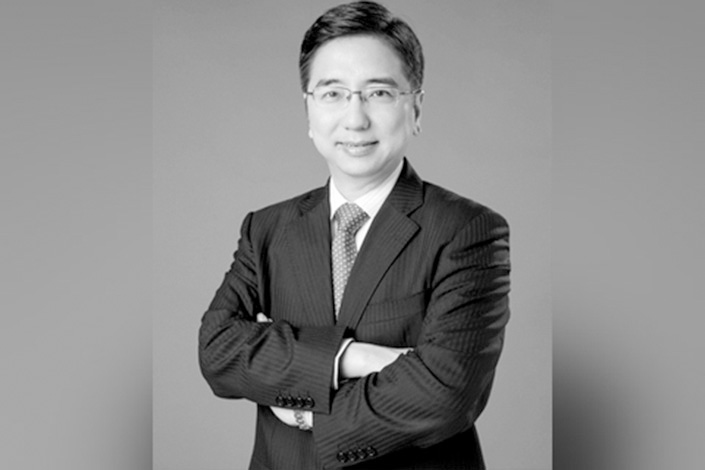 Shanghai Electric Group Co. Ltd. (601727.SH) said that its president had died in a statement released on Thursday, adding further uncertainty to the future of the troubled conglomerate.

Huang Ou (黄瓯), who also served as executive director of the Shanghai government-backed energy and industrial-equipment maker, fell to his death from his apartment in Shanghai’s Puxi area in an apparent suicide on Thursday morning, multiple sources told Caixin. No further details surrounding his death were available. He was 50 years old.

“During his tenure at the company, Mr Huang Ou worked hard and made important contributions to the development of the company. The company expresses deep sorrow on Huang’s unfortunate passing and extends its heartfelt condolences to his family,” the notice filed (link in Chinese) to the Shanghai Stock Exchange stated. Production and operations were continuing as normal, the statement said.

Huang last made a public appearance on July 29 when he gave a speech on behalf of the company’s leadership team at a Shanghai Electric company meeting.

Huang’s sudden death comes just nine days after the Shanghai Municipal Commission for Discipline Inspection, the city’s anti-corruption watchdog, announced on July 27 (link in Chinese) that the company’s Communist Party chief and chairman, Zheng Jianhua, 61, had been placed under investigation on suspicion of serious violations of discipline and the law, which is the standard euphemism for corruption and graft.

The Shanghai conglomerate had already been rattled by a probe announced in early July (link in Chinese) by the China Securities Regulatory Commission (CSRC) over violations of disclosure rules. Sources previously told Caixin that the investigation may be linked to a missed-payment scandal disclosed by Shanghai Electric in late May.

The company announced that up to 8.3 billion yuan of net income attributable to shareholders was at risk because four clients of subsidiary Shanghai Electric Communication Technologies Co. Ltd., which are all state-owned enterprises, had missed the repayment of a combined 4.5 billion yuan.

Shanghai Electric’s 7.8 billion yuan in loans to the subsidiary was also at significant risk of being unrecoverable, the company said in a filing (link in Chinese).

Further back in April, Lü Yachen, the former vice president of Shanghai Electric who had already retired more than a year earlier, was also placed under investigation by the city’s graft buster (link in Chinese).

Huang, from Wenzhou, Zhejiang province, was a veteran in the power generation equipment manufacturing sector. According to a profile on the company’s website, he worked in various senior roles at a number of subsidiaries of the group before being appointed vice president of Shanghai Electric in 2015.

He also served as deputy director of Shanghai Municipal Commission of Economy and Informatization between 2016 and 2018 before taking the position of executive director and president of Shanghai Electric in September 2018 (link in Chinese).