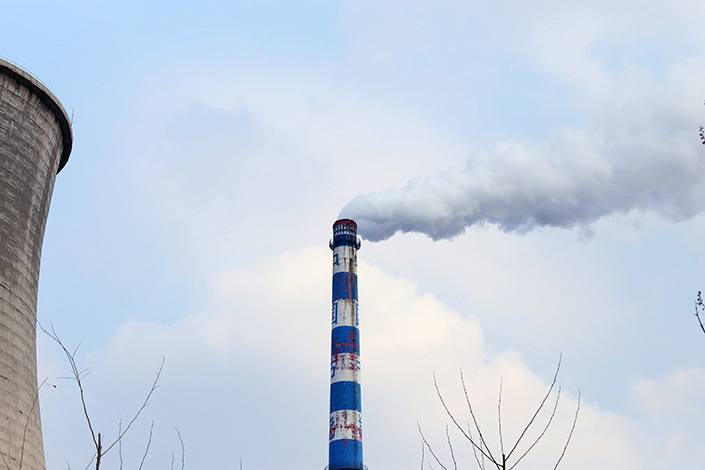 China launched its national carbon market on July 16, with the first closing price above 52 yuan ($8) per ton of carbon dioxide equivalent. The country’s next priority should be making the market more effective.

Looking back, China’s carbon market development started with local pilot projects carried out in Beijing, Tianjin, Shanghai, Chongqing, Hubei, Guangdong, Shenzhen and Fujian. Now it has finally established a unified national carbon market, which is already the largest in the world despite only including the power generation industry in the initial stage.

The unified market can help form a unified national carbon price, as well as improve liquidity and pricing efficiency. However, some important aspects of the market need to be improved.

The first is the need to specify total emission goals as soon as possible. Total carbon emissions for a certain period of time in the future are determined on the basis of historical emissions of the industries involved and overall emission reduction targets. If the goals of total emissions cannot be determined, it will have a great impact on the market.

In addition, sufficient carbon allowances should be allocated; and consideration should be given to building a price stability mechanism to help investors form expectations that prices will gradually go up in the coming years, thereby better promoting emission reductions.

The second is the need to improve allocation of allowances. How allowances are allocated determines their degree of scarcity, which in turn determines the price of carbon. This is the first step in price formation. Free allocation and auctions are two common methods for allocating allowances internationally. Among existing carbon emissions trading systems worldwide, auctions have become the mainstream method.

In the initial stage, China’s national carbon market only covers the power generation industry, and carbon allowances are allocated free of charge. Because the market is still in its infancy, free allocation can justify itself, but as the market matures, China should gradually increase the proportion of auctioned allowances to promote reasonable pricing of carbon emissions.

Increasing this proportion can bring some benefits, such as promoting carbon pricing via a market-oriented means, and allowing auction revenue to be used as public revenue for governments to invest in low-carbon development initiatives.

In the EU carbon market, auctions are the current default method, although a small number of free allowances are also provided to prevent carbon leakage or to encourage certain industries and enterprises in development, which are expected to be phased out later. Allocating allowances through auctions can gather public resources to support low-carbon development. Auction revenue from EU member states, the U.K. and countries in the European Economic Area exceeded 57 billion euros ($67.1 billion) from 2012 to 2020, with more than 14 billion euros in 2019, 77% of which was used for climate and energy purposes that year.

China’s resources and regional economic development show a contrary distribution. Coal is mainly distributed in provinces such as Inner Mongolia and Shanxi, crude oil in Shaanxi and Heilongjiang provinces, and natural gas in Hebei and Shanxi provinces. Given that the central and local governments are currently under financial stress, supporting the low-carbon transformation of high-carbon regions and industries with auction proceeds from the carbon market should be considered.

The third is the need to promote broad participation of financial institutions to form a relatively stable carbon price that generates sufficient incentives, and manage the market according to the concept of financial regulation.

We should position China’s national carbon market as a financial one, manage it with the concepts of financial regulation, promote innovation in derivatives, improve market liquidity and integrate carbon trading into the financial market system and risk control framework. The Futures Law, which is under revision, should include carbon allowance derivatives in its trading varieties. By virtue of the existing financial infrastructure, the national carbon market should be operated in a market-oriented and professional way, and effective use should be made of the management experience of more-mature markets.

The fourth is the need to form smooth price transmission that enables the carbon price to have its due effect on production, consumption and other behaviors of society. The power sector’s carbon emissions account for almost half of the national total. However, China still faces certain problems in regulation of electricity prices, which are not completely fixed by the market. In this case, transmission of the carbon price signal may be impeded in the electrovalence link.

To sum up, going forward, China needs to further accelerate the formation of a more effective carbon market and a good carbon price signal through the aforementioned measures to facilitate a smooth transition toward low-carbon development.

Xu Zhong is a vice president of the National Association of Financial Market Institutional Investors, and former head of the People’s Bank of China’s research bureau.