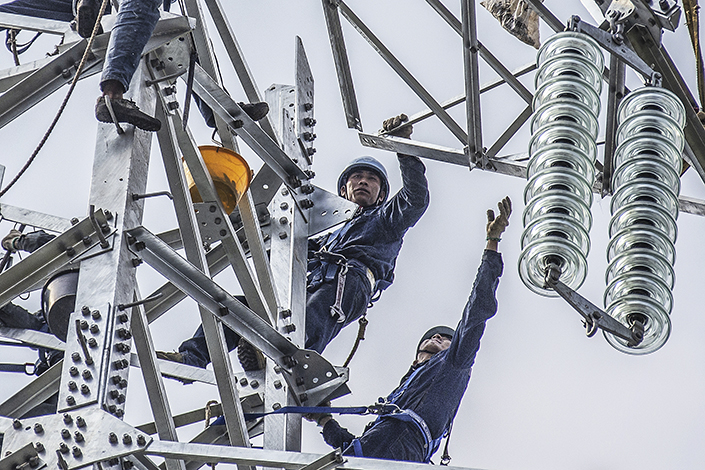 China’s major coal power companies are getting serious about new energy investment as the nation prepares for a historic energy transition.

Guangdong Electric Power Development Co. Ltd. (000539.SZ) on Monday announced a plan to invest 12 billion yuan ($1.8 billion) in a solar power project. The state-owned coal power giant based in South China’s Guangdong province said it has reached an agreement (link in Chinese) with a local government in western Qinghai province to launch the project which will generate as much as 3 million kilowatts of electricity.

This is the sixth project Guangdong Electric has announced this year that involves funding solar or wind energy. These have a combined planned investment of as much as 57.5 billion yuan, which represents about two times its total annual revenue last year. The company’s shares jumped 10% Tuesday following the announcement, before falling 7.1% Wednesday.

As part of a longer-term, net-zero emissions strategy, the company is working to build solar power plants and wind farms in energy-rich western regions including Xinjiang, Guangxi and Guizhou in cooperation with local governments, according to multiple company filings.

China’s leaders have vowed to achieve net-zero carbon emissions by 2060 and are formulating a timetable and road map to achieve that transition. Experts estimated tens of trillions yuan in funding will be plowed into the initiative. In the electricity generation sector, a widely-accepted approach to implement the energy transition is to develop renewable energy power while reducing its dependence on high-emission coal power generation.

Traditional coal plants are under pressure as at least one local coal power company has been forced to close coal mines. More have launched investment programs to develop solar, wind and hydropower. Beijing Energy Group Co. Ltd., a coal power giant based in the capital city, vowed to (link in Chinese) add at least 15 gigawatts of installed solar and wind power capacity over the next five years, seeking to raise its share of renewable energy relative to total power capacity to 50% by 2025.

Nationwide, renewable energy capacity is expected to also account for more than 50% of the total installed power capacity by 2025 and exceed half of incremental primary energy consumption, Li Chuangjun, an official with the National Energy Administration, said (link in Chinese) at a briefing in March.

While Guangdong Electric is making big investments on new energy, it forecast sharply lower net profits attributable to shareholders for the first half year in a range of 100 million yuan to 130 million yuan, down 87.7% to 84% from the same period last year. The company attributed the sluggish performance to sharply rising coal costs and declining electricity prices.

In response to an investor inquiry last month, the company pledged to be serious in planning its investment projects while making sure any added risks are kept under control.