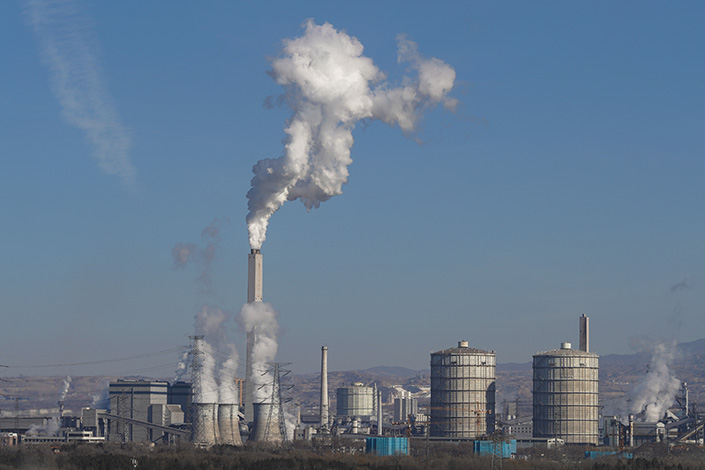 China’s steel industry is preparing a draft plan which would force firms to curb production and capacity, optimize steelmaking processes and consolidate around larger players, in a bid to bring the heavily polluting industry into line with the country’s ambitious carbon neutral goals, experts and officials said at a forum on Saturday.

A draft plan for achieving peak carbon in the steel industry is now being distributed to solicit comments, said He Wenbo, party secretary of the China Iron and Steel Association (CISA), a government-backed industry group. The plan, which has yet to be publicly released, maps out the carbon reduction potential of the industry and identifies key tasks for hitting specific goals, He said.

After years of rapid industrialization and urbanization, China faces a difficult balancing act to juggle domestic demand and the need to cut capacity, said Zhao Penggao, deputy director of the Department of Resource Conservation and Environmental Protection of the National Development and Reform Commission (NDRC). The government may take “more severe” measures later this year to cut production, warned Zhao.

There has been strong domestic demand so far this year, making efforts to cut steel capacity in the second half much harder, Zhao said at the forum.

Since 2020, China has sought to rein in the steel industry, which accounts for about 15% of the country’s carbon emissions, in pursuit of peak carbon by 2030 and carbon neutrality by 2060. The government has vowed to produce less crude steel in 2021 than last year, when output topped 1 billion tons.

Nonetheless, the country’s crude steel production during the first half of this year reached 563 million tons (link in Chinese), up 11.8% from a year ago, highlighting the struggles which steel firms and local governments face to balance economic and environmental concerns.

For example, Tangshan, China’s largest steel producing city in the northern province of Hebei, is considering easing steel output limits in the second half of this year to increase supply in response to a recent surge in steel prices, sources familiar with the matter told Caixin.

In addition to cutting production and capacity, steel firms must improve the efficiency of steelmaking by increasing the still-small proportion produced using electric furnaces, which are more energy efficient and emit less carbon than traditional blast furnaces, said Liu Bingjiang, director of the Department of Atmospheric Environment of the Ministry of Ecology and Environment (MEE). Currently, about 10% of crude steel is produced using electric furnaces in China, compared to 30% in Japan and South Korea, and 40% in the EU.

The officials and experts called for further consolidation to take place in the bloated industry, as the low concentration ratio in the steel industry leaves many companies scattered across the country and makes it difficult to improve efficiency and implement emission controls.

The country aims to have its top 10 steel companies secure a combined 60% to 70% of China’s production by 2025, under 2016 guidelines issued by the State Council, China’s cabinet.

The industry’s concentration ratio is currently less than 40%, Li Xinchuang, director of the China Metallurgical Industry Planning and Research Institute, said at the forum.

China’s national carbon trading market, launched on Friday, will eventually cover the steel industry. The MEE has told CISA to prepare for inclusion of iron and steel makers, including working on plans to set carbon trading quotas for the industry, test supportive mechanisms and set up infrastructure.

Government guidelines (link in Chinese) issued in April 2019 call for more than 80% of national steel capacity to be transformed into “ultra-low emission” producers by 2025.

So far, a total of 237 companies accounting for about 650 million tons of crude steel production capacity, or 61% of the national total, have implemented or are implementing the transition to “ultra-low emissions,” He said.