In Depth: China Experiments With Leniency When Prosecuting Companies

By Wang Mengyao and Cai Xuejiao 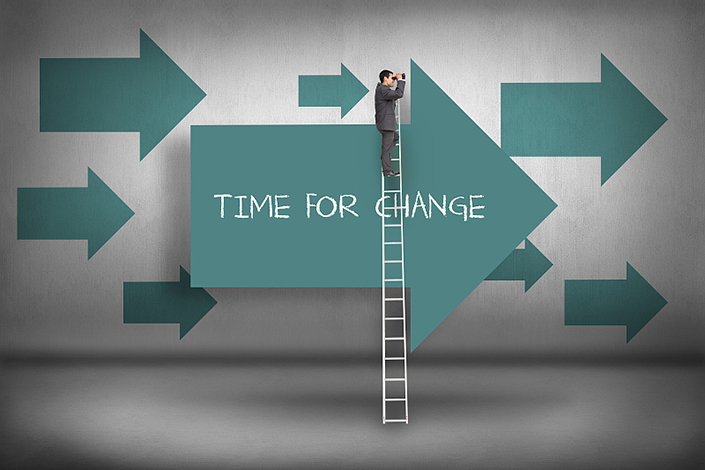 In December, prosecutors in the eastern city of Zhangjiagang decided to drop a case against a local stainless steel manufacturer that had been accused of polluting the environment.

Local environmental investigators had found that the company had built a cleaning tank without completing an environmental impact assessment in 2018 and discharged wastewater that contained chemicals far in excess of what was allowed. In June 2020, three company representatives surrendered themselves to local police.

The case never made it to court, however, because the company submitted a plan to local prosecutors to correct its misconduct. The prosecutors instead asked local environmental authorities to punish the company through administrative measures, such as with fines.

The company in Zhangjiagang, East China’s Jiangsu province, is one of a number of firms that have avoided prosecution by effectively correcting their actions. The case is part of an ongoing pilot program known as the enterprise compliance reform pilot program that the Supreme People’s Procuratorate (SPP), China’s top prosecutor, launched in March 2020. The prosecutor’s office in Zhangjiagang that handled the case is one of six initial procuratorates that participated in the pilot, including those in Shanghai and Shenzhen.

At a press conference in early June, the SPP highlighted the Zhangjiagang case as one that could serve as an example (link in Chinese) for other prosecutors to follow. In April, the SPP expanded the pilot to more cities in 10 provinces, with 192 procuratorates now participating.

The pilot program represents an attempt to balance the government’s need to hold scofflaw companies accountable, while giving worthy ones a second chance to preserve the jobs they provide and the taxes they pay to their local communities, especially with the economy still under pressure from the pandemic. At the same time, the program also poses a challenge to local prosecutors, as leniency has the potential to result in accusations of special treatment, unless proper safeguards are put in place.

“The reform pilot programs serve as a way to motivate companies to correct their own behavior and avoid a second offense, as well as avoid damaging the companies, their shareholders and society,” said Li Fenfei, a law professor at Renmin University of China who has studied some of the procuratorates that initially participated in the program.

In the Zhangjiagang case, the local prosecutors’ decided to forego criminal charges because discharging the pollutants did not have substantial harmful consequences. But it should be noted that the company is a provincial-level high-tech private enterprise that employs more than 90 people, holds some 20 patents and pays more than 4 million yuan ($618,840) in tax year on average.

According to guidelines released in June (linking in Chinese) by the SPP, the Ministry of Justice and several government agencies, the pilot program is restricted to cases involving corruption, economic crimes and crimes related to a business’s production or operation. The guidelines also stipulated that a third-party organization must review what the companies did to correct their misconduct, with the result of their reviews serving as a reference for prosecutors.

There are preconditions for a case to qualify for the pilot program, according to Li. The cases must be minor, meaning that if taken to trial, they wouldn’t likely result in a prison sentence of more than three years for anyone found guilty, Li said.

This practice, known as enterprise compliance (link in Chinese) began in the United States in the 1960s, and other countries like Australia, Italy, the United Kingdom, and France began to follow suit with legislation in the 2000s, according to Li Yuhua, dean of the School of Law at the People’s Public Security University of China.

Legal practitioners told Caixin that in Europe and the U.S., the practice usually applies to large multinational companies, which have to pay hefty fines and fix their misconduct. It’s different in China, which mainly targets small and midsize enterprises (SMEs).

In China, the number of SMEs accounted for 99.8% of all domestic companies at the end of 2018, according to the fourth national economic census (link in Chinese).

At meetings in November 2018 and July 2020, President Xi Jinping stressed how important it was for private enterprises to become more competitive while still complying with the law.

The law professor Li said that prosecutors have grown more cautious about arresting and prosecuting entrepreneurs on the grounds of protecting private companies, but they cannot blindly shield companies that need to be held accountable for their misconduct.

“Since the pandemic started, the economy has been under greater pressure. Detaining and imprisoning entrepreneurs can have some pretty big side effects,” he said.

Liu Xin, a lawyer who has worked in the courts and with procuratorates for two decades, told Caixin that in the past, prosecutors would often decide not to press charges before ordering companies to rectify their actions. However, in those cases, the rectifications tended to be perfunctory. Under the new reform pilot programs, companies are under more restrictions, he said.

Scholars and legal practitioners have noted that the reform pilot represents an opportunity to expand the functions of prosecutors, meaning that their duties are no longer limited to prosecuting crimes. Instead, they have the chance to become more deeply involved in social governance.

However, Liu, the lawyer, also noted that the new practice could lead to controversy.

“In the past, even probation was impossible in some cases. But now there’s the possibility of avoiding prosecution, so it is inevitable that there are going to be differing opinions on this,” he said. “Society will need a thorough explanation.”

The pilot program will inevitably give more lenient treatment to some companies, raising questions about whether the law is being applied fairly.

A source who declined to be named noted that the pilot program expands the power of prosecutors, opening the door to corruption if there is no sound supervision mechanism.

As to that concern, Li, the law professor, said that it is necessary for prosecutors to make the process more open and transparent to ensure that this new power is kept in check.

Some experts have also raised concerns about the effectiveness of the practice.

According to Peng Yixuan, senior partner at the Beijing Weiheng Law Firm, some local procuratorates are also worried that companies might continue to break the law after prosecutors decide not to press charges. And there’s also a question over whether the prosecutor who handled the case should held responsible if a company that avoided prosecution goes on to commit further crimes.

Ma Xianxing, procurator-general at a procurotarate in the city of Changsha, Central China’s Hunan province, said that the prosecutors and the third-party supervisory organizations should be held responsible if they are found to just be going through the motions. As for companies that commit further offenses after receiving leniency, prosecutors should re-evaluate whether the companies can be given another chance.

In order to realize the goals of the reform pilot program, which are to push enterprises to correct their misconduct, encourage businesses to comply with the law, and reduce crime, prosecutors will need more staff, according Yang Chunlei, deputy prosecutor-general at the SPP.

At the SPP press conference in June, Yang said that the reform program requires government agencies to work together, as the cases involve multiple areas of government such as law enforcement, industry supervision and the judicial system.

“It cannot be completed by a single judicial organ or administrative department,” he said. “To achieve the best result, the relevant departments should instead form a joint force to advance enterprise compliance, promote the fulfillment of compliance commitments, and establish a modern corporate system.”