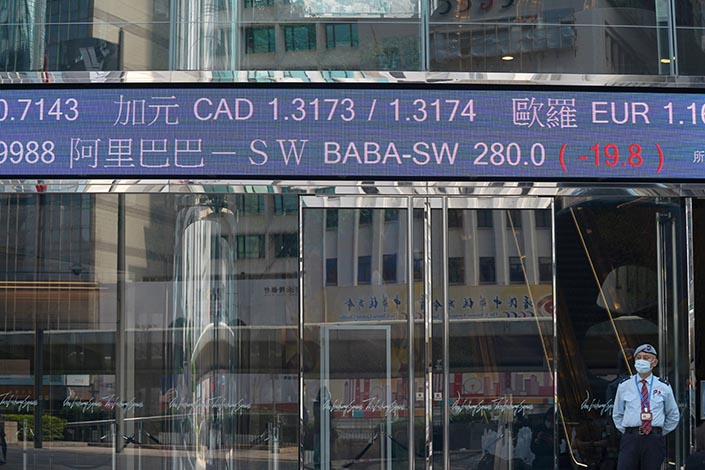 (Bloomberg) — Cloud Village Inc., the music streaming arm of Chinese gaming giant NetEase Inc., is postponing the launch of a Hong Kong initial public offering that was set to raise about $1 billion, according to people familiar with the matter.

The unit tested demand for its offering last week, but is not going ahead with taking investor orders, the people said, asking not to be identified as the information isn’t public. It intends to wait for better market conditions, one of the people said.

At an expected size of about $1 billion, Cloud Village’s IPO would be one of the biggest potential first-time share sales in Hong Kong by a technology company this year.

IFR first reported the delay on Monday. A representative for the company didn’t immediately respond to requests for comment.

A widening campaign by Beijing to rein in its tech and Internet sectors has spurred a sharp selloff in Chinese technology giants from Tencent Holdings Ltd. to Kuaishou Technology Co. Ltd. The regulatory onslaught at one point wiped out more than $1 trillion of market value from Chinese stocks. Since the start of July, Hong Kong’s Hang Seng Tech Index has shed 18%, while the Nasdaq Golden Dragon Index, which tracks U.S.-listed Chinese companies, has declined 24% in the same period.

Cloud Village’s parent NetEase was also swept up in the selling after Chinese state media criticized the games industry, leading investors to look for the firms next in line for scrutiny. The gaming company’s Hong Kong shares pared recent losses on Monday, advancing as much as 4.7% after the Cloud Village news. They have fallen about 9% since July 30.

Listings in the Asian financial hub have slowed down sharply in the past month, due to the rocky markets as well as the usual summer lull. Chinese electric-vehicle maker Li Auto Inc. raised $1.5 billion in a dual primary listing last week, but other than that there have been no major offerings since June.

The Chinese government’s efforts have resulted in most, if not all, planned U.S. IPOs by mainland firms being put on hold. Last month Beijing proposed new rules increasing its supervision of overseas IPOs, in a move aimed at safeguarding data security. A number of companies, like on-demand logistics and delivery firm Lalamove, are considering shifting their IPOs to Hong Kong given the increasing oversight, Bloomberg News reported.