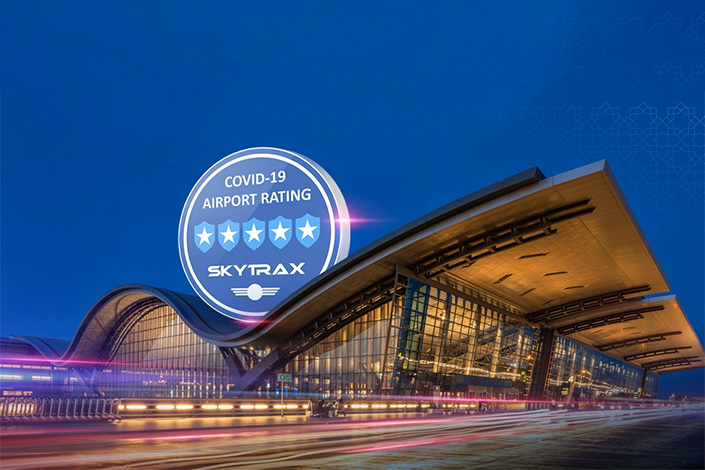 Qatar’s Hamad International Airport has been named the world’s best airport, snatching the crown from Singapore’s Changi Airport, which had held the top spot for eight years, according to the 2021 Skytrax World Airport Awards.

Guangzhou Baiyun International Airport ranked highest among the Chinese mainland’s airports, jumping 16 spots from last year to 14th while also earning the title of the world’s most outstanding in the 35 million-to-45 million passenger category, according to Skytrax.

The annual ranking by Skytrax, a London-based research firm, was created through a survey of travelers from August 2020 to July 2021. It was conducted despite the massive drop-off in air travel due to the ongoing Covid-19 pandemic that has infected more than 200 million people worldwide, with some respondents basing their votes on pre-pandemic travel and others during the global crisis, said Skytrax.

The survey evaluates the experience of travelers in more than 500 international airports across several dozen topic areas such as convenience in getting to and from the airport, language skills of staff, range of shopping options as well as restaurant and bar facilities.

Due to the pandemic, this year’s survey also included additional questions to evaluate an airport’s Covid safety measures, such as enforcement of face mask usage, availability of hand sanitizer, social distancing markings and terminal cleanliness.

Last year, the Hamad International Airport was certified with a 5-Star Covid-19 Airport Safety Rating after Skytrax assessed the effectiveness of its hygiene and safety measures, becoming the first airport in the Middle East and Asia region to win the award.

“As travel hubs worldwide have been impacted by the pandemic, Hamad International Airport was undeterred by the global travel disruptions and continued with its expansion plans while introducing additional airport health and safety standards,” Skytrax CEO Edward Plaisted said in a statement.

The airport, which opened in 2014, is now gearing up for the FIFA World Cup 2022 in the Qatari capital of Doha. The event will see the airport increase its annual capacity to handle more than 53 million passengers, according to the company’s press release.

In 2020, the world-renowned airport served 11.8 million passengers, down 82.7% year-on-year, which was due mainly to the travel restrictions amid the pandemic, according to Caixin calculations based on publicly available figures.

The 15-square-kilometer airport also won Best Airport Staff and Best Airport Cleanliness in China, and was named among the 39 airports for their outstanding Covid-19 safety.