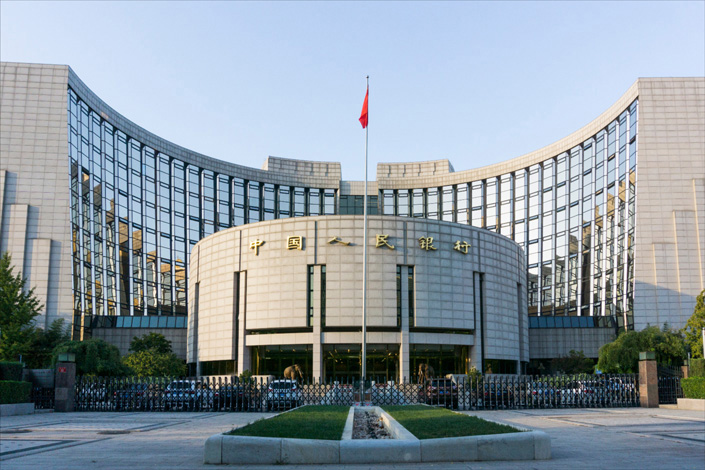 The headquarters of the People’s Bank of China in Beijing. Photo: IC Photo

China’s central bank is providing another 200 billion yuan ($30.9 billion) in cheap funds to banks as an incentive to boost credit in regions where lending has been lagging.

The money is being allocated under a new relending quota for banks to support agriculture, micro and small businesses and the private sector in 10 provincial-level regions where credit has risen at a relatively slow pace, the People’s Bank of China (PBOC) revealed in its second-quarter monetary policy implementation report (link in Chinese).

Although the central bank didn’t name the 10 regions, sources with knowledge of the matter told Caixin they include the northeastern rustbelt provinces of Heilongjiang, Liaoning and Jilin, the northwestern provinces of Shaanxi and Gansu, and Henan province in Central China.

The PBOC’s action is the latest indication of growing concern among policymakers that the economic recovery from the pandemic is unbalanced and that some parts of the country are being left behind.

Although the government has consistently said there will be no “flood-like” stimulus to boost growth, it has pledged targeted fiscal and monetary policy support for the economy. In its monetary policy report, the PBOC vowed to use targeted tools to help small businesses, the private sector, green development and poorer areas.

Some regions with slow credit growth are being hit by a combination of weak economic expansion and financial risks, and are suffering from poor circulation of their economies and finances, the PBOC wrote in the report.

In the first half of 2021, five of the regions included in the relending program were among the 10 provincial-level regions with the lowest amount of new total social financing, a broad measure of credit and liquidity in the real economy, PBOC data show.

By the end of June, banks had already borrowed 160 billion yuan of the total 200 billion yuan on offer in the new relending program and begun to issue loans to the sectors specified by the PBOC, according to the central bank’s report. In principle, interest rates on loans granted with funds from the relending quota can be no higher than 5.5%, a similar requirement to that of the nationwide relending program set up to fund small businesses and the agricultural sector, the sources told Caixin.

The PBOC has also asked large national lenders to increase their exposure to the 10 regions targeted under the program. In the first half of the year, the three policy banks and six large state-owned commercial banks raised the share of new credit going to those regions compared with the same period last year, according to the central bank’s report, although it didn’t give any figures.

China’s recovery is showing signs of losing momentum and analysts say they are concerned that recent measures to counter local outbreaks of the Delta variant of the novel coronavirus will deal another blow to economic activity, especially offline spending, as consumers avoid going to the shops.

Last week, Nomura International (Hong Kong) Ltd. revised down its forecasts for China’s year-on-year GDP growth to 5.1% and 4.4% for the third and fourth quarters respectively from 6.4% and 5.3%. Goldman Sachs Group Inc. has also cut its full-year 2021 forecast to 8.3% from 8.6%.

Economists at the National Institution for Finance and Development, a state-backed think tank, warned last week that demand for credit is weakening. Individuals are becoming less willing and able to borrow because the recovery in their incomes since the pandemic has been slow, while businesses are reluctant to take on debt due to low returns on investment, they wrote in a report (link in Chinese).

Some analysts are speculating that the PBOC may have to ease monetary policy by lowering banks’ reserve requirement ratio again or cutting policy interest rates in the second half of the year to counter downward pressure on growth. They also expect more fiscal measures to support the economy.