In Depth: Post-Pandemic Recovery Diverges Province by Province across China 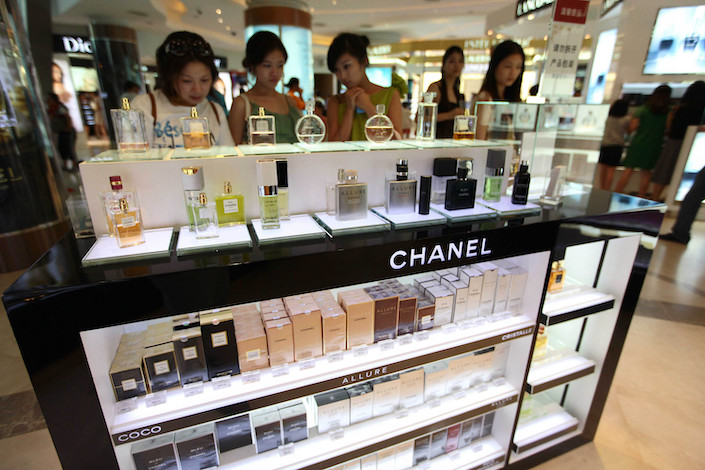 Tourists at a duty-free shop in Sanya, Hainan Province.

As China’s economy continues to recover from the pandemic, provinces are experiencing widening divergence in growth reflecting different rates of consumption rebound and varying effects of the country’s carbon policy.

Among China’s 31 provinces and provincial-level municipalities, 27 reported first half economic results as of July 23. Hubei, the center of China’s Covid-19 outbreak last year, achieved the highest year-over-year growth at 28.5%, triple the 9.1% expansion recorded by the landlocked northwestern province of Qinghai, which was the lowest.

Based on a two-year average to iron out the impact of the pandemic, Hubei and the northeastern province of Liaoning had the slowest growth at less than 3% while the island province of Hainan had the highest at 7%, beating the national average of 5.3%.

The growth trend in total retail sales of consumer goods in each province had a strong correlation with their economic performance. Inner Mongolia, Liaoning and Hubei provinces, with retail sales still below 2019 levels, had the slowest growth, while Hainan, Anhui, Chongqing and Guizhou with more robust consumption recoveries recorded higher growth.

The macro data shows that the Chinese economy is experiencing unprecedented divergence, said Zhang Zhiwei, chief economist at Pinpoint Asset Management Ltd. Consumption growth across the country was relatively uniform in the past, but the gap between rising consumption rates among provinces expanded last year after the pandemic. Behind this divergence are imbalances in incomes and labor markets, Zhang said.

Recent policies, such as the national drive for carbon neutrality in the fight against climate change, will further expand the north-south gap, said Lu Ting, chief China economist at Nomura Securities.

All but two of the 27 provinces reporting first half results—Liaoning and Qinghai—maintained growth rates of 10% or more. Most provinces achieved 10% to 13.5% growth. Hubei recorded the highest growth mainly because of the low comparison base a year ago amid the pandemic. Excluding that, the recovery has been accelerating and gradually returning to normal, Hubei Statistics Bureau chief statistician Ye Fusheng said.

Hainan had the second-highest first-half growth and the highest average two-year growth, driven by major strategies such as the government’s free trade port project. In January, China drafted a law formalizing Hainan’s free trade port status following a pilot program testing zero tariffs, low tax rates and a simplified tax system. Sales in the province’s duty-free shops were boosted by domestic tourists who flocked to the island while global travel was restricted by the pandemic.

In the first six months, wholesale and retail sales in Hainan grew by 55.4% year-on-year, with a two-year average of 21.4%, contributing about one-third to economic growth. Duty-free retail sales contributed 23.5 percentage points to the expansion of total consumer retail sales.

In addition to consumption, investment further fueled Hainan’s growth. In the first half, industrial investment increased 38.2%.

In Beijing, manufacturing investment was the main driving force, with average two-year growth of 66.5%. Investment in high-tech manufacturing surged 75%, while infrastructure investment declined 16.3%.

In the southern province of Guangxi, investment was strongly supported by infrastructure spending, which grew 33.5% in the first six months and 19.3% over two years. That accounted for 28.7% of total investment in the first half, up 4 percentage points from the same period a year ago.

Consumption, which plays a fundamental role in China's economic growth, was relatively stable and similar in growth rate among different regions before the pandemic. It is unusual for consumption growth to be so divergent across regions, Zhang at Pinpoint Asset said.

Before the pandemic, the biggest gap between the highest and lowest consumption growth among provinces was only 10%. In 2020, this gap expanded to 24% and further widened to 26% in May this year, Zhang calculated.

Consumption recovered at different speeds in different regions for various reasons. In Hainan and Sichuan, retail sales were boosted by tourism spending. In Beijing, total retail sales grew only 0.6% over two years, dragged down by declines in restaurant spending.

With goals to top out carbon emissions by 2030 and achieve net-zero carbon emissions by 2060, China has set capacity limits on thermal power, coal, chemical and petrochemical plants and high-carbon manufacturing sectors, which is having a varied impact on regions with different industrial structures.

The Huai River is often regarded as the dividing line between northern and southern China. Provinces north of the river contribute about 35% of China’s GDP but account for more than 60% of carbon emissions. The new carbon reduction measures will further widen the economic gap between the north and south, said Lu at Nomura Securities.

For some northern provinces that rely heavily on coal and steel, the impact has started to become clear. In June, the Henan provincial government said it is facing great pressure and difficulty in coordinating economic and social development with the energy saving and carbon reduction goals. An inspection team from the central government said July 15 that some local governments in Henan are not resolute in limiting high pollution and high energy-consuming projects.

The Ministry of Industry and Information Technology made clear that new steel, cement and plate glass production capacity is strictly prohibited, and new capacity for electrolytic aluminum is tightly controlled. Guizhou province, which relies heavily on nonferrous metals, reported that it expects difficulty increasing industrial output with the controls on production capacity.

As a big industrial province with energy consumption largely reliant on coal, the northeastern province of Liaoning has a serious shortage of coal production capacity. It had a coal demand gap of about 150 million tons in 2020, which it filled with purchases from other provinces, according to a report from the provincial development and reform commission. The sharp rise in the price of coal significantly increased manufacturers’ costs and squeezed profits, the report said.

The imbalanced growth is also reflected in provinces’ fiscal revenue. Shaanxi, Heilongjiang, Zhejiang and Jilin provinces and the city of Tianjin reported 20% to 30% growth in first-half fiscal revenues, while increases in Guizhou, Liaoning, Yunnan and Henan were 10% to 15%.

In addition to tax revenue, another major source of financial resources for local governments is proceeds from land sales, which vary more between regions. Among the seven provinces that have released data, Yunnan’s land sales rose the most at 43% in the first half; Guizhou had a decline of 8%; and other provinces mostly had growth of 20% to 40%.

In contrast with the rapid recovery of fiscal revenue, provinces slowed their fiscal expenditures since the beginning of 2021. Among the 21 provinces that released data, Guangdong’s spending grew the fastest at 11.9%, while Shandong, Zhejiang and Guizhou outlays all expanded by more than 10%. Jilin’s spending declined 1%, and Beijing, Yunnan and Heilongjiang had less than 1% growth.

The slow pace of spending reflects the declining importance of infrastructure investment as a tool to stabilize growth. In addition, local governments haven’t spent all of the 8.51 trillion yuan of funds from government bonds and special pandemic bonds issued in 2020.

The actual deficit in 2020 was much lower than the budget deficit, and governments still issued all of their bonds as planned, indicating excessive financing and idle funds, said Ding Shuang, chief economist of greater China at Standard Chartered Bank.

What is more noteworthy in the fiscal sector is the divergence of market attitudes towards local government debt caused by regulatory policy changes.

Interest rates for several local government bonds issued in June by Guangdong, Zhejiang, Hebei and Beijing governments fell to less than 20 basis points above the central government’s debt, below the 25 basis-point premium that had been generally accepted as implicit guidance set by the Ministry of Finance since 2019. A basis point is a hundredth of a percentage point.

To reduce financing costs, economically strong provinces in the future may further break the local bond issuance rate floor, said Zhou Guannan, fixed income analyst at Huachuang Securities. In the process of market-based bidding, economic, fiscal and financial resources of difference provinces will determine the different degrees of market recognition of their bonds, which may increase the difference of local government bond interest rates’ spread.

China’s central government has called for better oversight of local-authority budgets and spending and tighter monitoring of debt after an audit of dozens of local authorities found a string of violations including illegal tax levies, illicit borrowing and poor management of special-purpose bonds.

Local governments have made gradual progress in resolving existing hidden debts, but there are still some differences in progress.

Some developed coastal provinces, such as Shanghai, have emphasized local debt risks. Shanghai's local fiscal revenue situation is relatively good; debt control is relatively strict; and risks are generally controllable, according to the Shanghai Municipal Financial Regulatory Bureau. But in the next few years, spending on old district reconstruction, rail transportation and environmental construction projects will pose huge funding pressures and may raise the possibility of hidden debt risk, the government said.