Housing Price Growth Slows Across China as Curbs Kick In 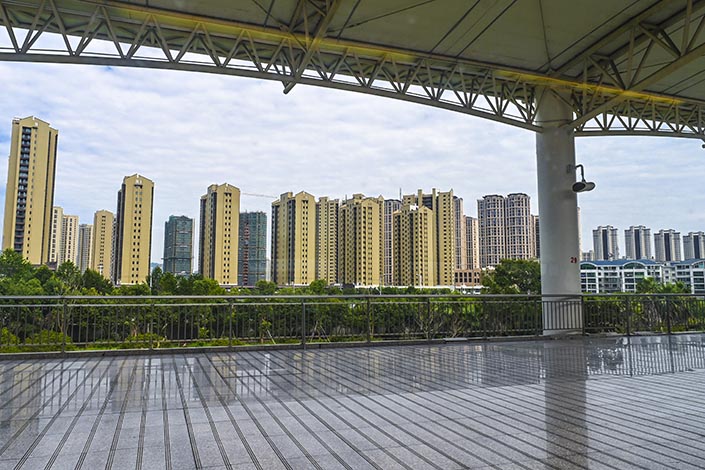 The moderation in new-home prices widened in China in July, as just 51 cities reported month-on-month gains, the fewest since December and down from 55 in June. Photo: VCG

China’s home price growth slowed further in July as the government stepped up efforts to cool the market.

In the less affluent second-tier cities, such home prices rose 0.4% month-on-month, and in third-tier cities, 0.2%, both down by 0.1 of a percentage point.

Tightened government policies helped cool the market. Local governments announced 66 property-related measures in July, much more than the monthly average of 48 in the first half of the year, according to the Centaline property research center.

The moderation in new-home prices widened as just 51 cities reported month-on-month gains in July, the fewest since December and down from 55 in June.

It also takes longer to process mortgage loans, sometimes as long as three to six months, while some banks don’t even have loan quotas left in certain regions, the report said.

In the first half of the year, many Chinese cities issued additional restrictions on home purchases to close policy loopholes. The country’s property curbs are expanding to the smaller, third- and fourth-tier cities, and more cities are included in the housing ministry’s monitoring list, according to Beike’s Xu.