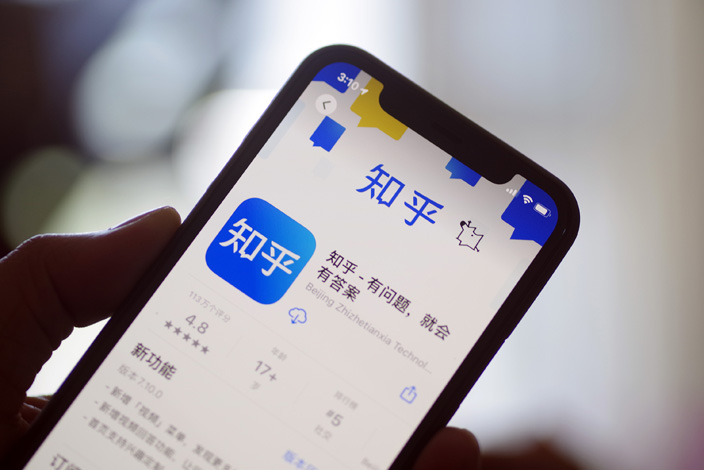 In the three months through June, Beijing-based Zhihu had revenue growth of 144% year-on-year to 638 million yuan ($98 million). Average monthly active users (MAUs) reached 94.3 million, a jump of 46% from a year ago, according to its latest earnings report released on Monday.

Chief Financial Officer Sun Wei said in an earnings call the company’s share of active users aged between 18 and 25 doubled to 40% in the past two years. The 25-year-old age group accounted for a “significant proportion” of new users in the second quarter, he noted.

Sun added that the platform is on track to hit 100 million MAUs in the fourth quarter.

“Our core goal is to attract those users, make them stay and [remain] active in our community,” he said. Right now, the company is spending no more than 48 yuan on each new active user.

Zhihu’s content-commerce solutions, launched in early 2020, are designed to let firms and business owners market themselves with branded content on the platform. Revenue derived from this business line soared to 207.4 million yuan in the quarter from only 12.7 million a year ago.

The expanded losses could be largely attributed to a jump in operating expenses which totaled 727 million yuan, more than double the figure from a year ago. The company said it had increased spending on sales and marketing to attract new users as well as hiring new research and development staff.

CEO Zhou Yuan said in reference to the recent tightening control by authorities of China’s technology sector and data security concerns that “business exposure to regulatory crackdown is controllable.”

He added the company has continued to invest in technology and management of data security and content governance, as well as maintaining communication with relevant regulators.