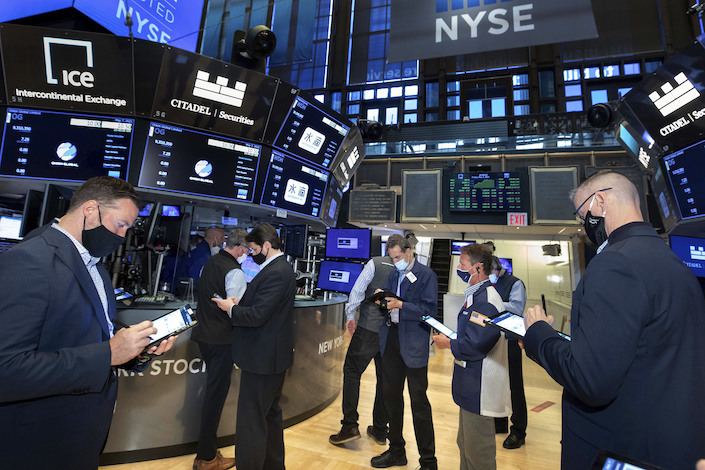 China will step up scrutiny of domestic companies’ overseas share sales and data security as part of a sweeping campaign to contain risks related to securities markets, according to a document issued Tuesday by the general offices of the ruling Communist Party and the State Council.

China will strengthen oversight of companies traded abroad and set up a supervisory system to address risks and emergencies related to foreign-listed companies, the authorities said in new guidelines (link in Chinese) on illegal activity in the securities market.

Rules for overseas listings will be revised, while regulatory bodies will enhance coordination on supervision, the authorities said.

The document also pledged to step up oversight of data security and cross-border data flows. China will toughen laws and regulations on the management of confidential information and hold publicly traded companies accountable for keeping their data secure, it said.

American depositary shares of Beijing-based Didi fell as much as 25% to $11.58 Tuesday morning, wiping out about $22 billion of market value and taking the stock below its $14 IPO price.

Both Didi and Full Truck Alliance have collected vast amounts of road traffic data across China, while Kanzhun has amassed tons of information about talent from every walk of life. Didi even touted in its prospectus that it has “the world’s largest repository of real-life traffic data across a vast spectrum of driving conditions and scenarios,” with 377 million annual active users and 13 million annual active drivers in China.

“With the opening of the capital market, cross-border investment and financing activities are becoming more frequent, involving more flows of important data,” one market expert said. This triggers concerns over data security, as domestic entities controlled by overseas listed companies may illegally transfer important economic data across the border, the expert said.

Domestic market players mustn’t transmit sensitive information related to national security across the border without authorization, as per China’s Law on Guarding State Secrets and Cybersecurity Law (link in Chinese), said the expert. Upcoming relevant laws include the Data Security Law effective from Sept. 1, and the Personal Information Protection Law which is now being deliberated.

Currently, Beijing is revising a 2009 regulation (link in Chinese) on overseas listed companies’ data management, according to the Tuesday document.

The U.S. remains a popular IPO destination for Chinese companies, especially those in the technology sector, despite mounting tensions between the world’s two largest economies and the growing risk of being delisted. Chinese firms raised $7.9 billion in the U.S. last month through first-time share sales, the most since September 2014, when Alibaba Group Holding Ltd. had its IPO, according to data compiled by Bloomberg.

The guidelines propose improving law enforcement and judicial systems to combat illegal securities activities, by setting up specialized working groups; increasing coordination between financial regulators, the Ministry of Public Security and prosecutors; and improving the mechanism of information sharing, among other measures.

The government will also explore effective ways to strengthen international enforcement and cooperation in the securities sector, actively participate in international financial governance, and establish law enforcement alliances to combat cross-border securities violations and crimes, according to the guidelines.