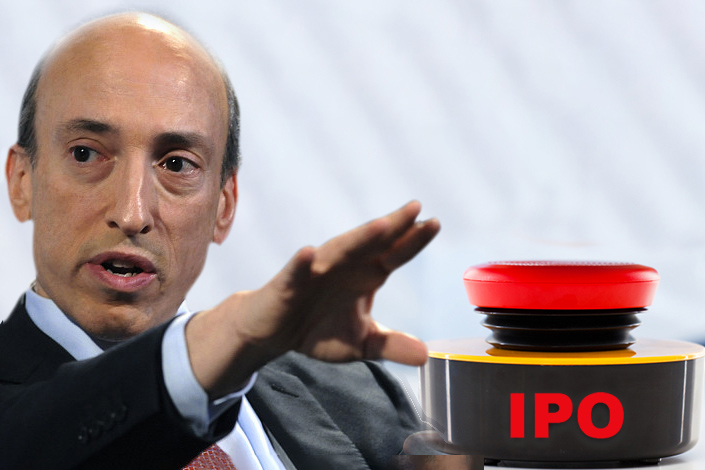 U.S. Securities and Exchange Commission (SEC) Chairman Gary Gensler said he has asked staff to “pause” IPOs of shell companies that Chinese firms use to list in the country.

In a video posted on his Twitter account Monday, Gensler said that he has asked SEC staff to require such companies to provide full and fair disclosure that what U.S. investors are investing in is actually a shell company in the Cayman Islands or another part of the world.

“That means disclosing the political and regulatory risk that the government of China could, as they’ve done a number of times recently, significantly change the rules in the middle of the game for that operating company in China,” he said.

Many Chinese companies have used a variable interest entity (VIE) structure to get around the Chinese government’s restrictions on foreign ownership of certain kinds of businesses. In a VIE structure, a China-based operating company typically establishes an offshore shell company, such as in the Cayman Islands, to issue shares on a foreign exchange.

Previously, IPOs abroad by companies using a VIE structure didn’t require official approval by Chinese regulators, though they usually still needed an unofficial nod. By proceeding without such a signal, Chinese ride-hailing giant Didi Global Inc. found itself subject to a national security review shortly after it went public in New York in late June. Didi’s apps were later removed from app stores, and its U.S.-traded shares got hammered, closing down 51% Monday from their opening price on its debut on June 30 and wiping out more than $40 billion in market value.

Gensler said in a statement on July 30 that Chinese companies with VIE structures should “prominently and clearly” disclose that they face uncertainty from future actions by the Chinese government that could significantly affect their performance.

To go public in the U.S., an IPO applicant usually undergoes several rounds of comments by the SEC to adjust its prospectus to comply with disclosure rules. An applicant can only proceed with an IPO after the SEC declares the prospectus effective. Since Didi, no Chinese applicants’ prospectuses have gotten that green light from the SEC, which has constituted a de facto “pause,” said Will Cai, a partner at law firm Cooley LLP.

The SEC has apparently slowed the pace of reviewing Chinese IPO applications, but beyond that, the regulator does not really have the power to “stop” Chinese companies from going public in the U.S., unless the relevant law is changed, Cai said.

Cai expects that Chinese companies that do not use VIE structures, such as certain biotech firms, can still list in the U.S. For those with VIE structures whose businesses don’t deal with sensitive data, Beijing will likely allow them to list in the U.S., who will then be subject to information disclosure requirements by the SEC.