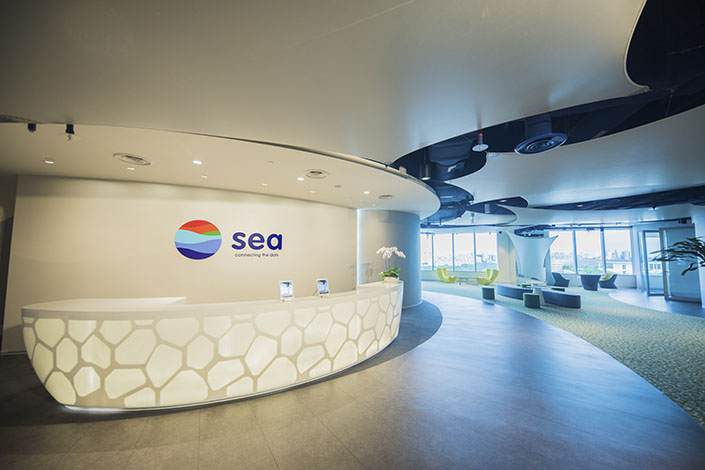 Singapore-based tech group Sea reported more than 158% jump in revenue for the three months through June from a year earlier. Photo: sea.com

The Singapore-based company, whose core businesses include online gaming and digital payments as well as e-commerce, on Tuesday reported revenue of $2.28 billion for the three months through June, up more than 158% from a year earlier.

But the growth came with a net loss of $433 million, versus a $393 million loss a year earlier, as Sea pursued aggressive marketing campaigns to compete for customers against regional rivals including Singapore’s Grab and Indonesia’s GoTo Group. Sales and marketing expenses for the quarter increased by 138% to $921 million.

The New York-listed company, now valued at about $150 billion, has seen demand for its businesses grow during the pandemic. Being a rare U.S.-listed company representing Southeast Asia, Sea’s share price has risen more than seven-fold since the beginning of 2020.

Shares were up 8% in New York trading Tuesday.

The pace of Sea’s year-on-year revenue growth in the second quarter exceeded that of the previous five quarters. As the more contagious delta variant raged in Southeast Asia in recent months, authorities tightened restrictions on business and social activities, giving more opportunities for Sea’s online services.

“During the quarter, our communities continued to face challenges with the surge in pandemic cases across the region,” Chairman and Group CEO Forrest Li said during a teleconference on Tuesday. “We remained focused on helping our merchants with their digital transformation to build a successful e-commerce business, while providing our buyers with better experiences and wider choices.”

Revenue for Sea’s e-commerce business grew about 160% on the year to $1.2 billion, according to financial statements, owing to new users as well as higher commission rates on sellers. Meanwhile, the operating loss for the e-commerce unit nearly doubled to $627 million.

Sea’s core markets include six Southeast Asian countries and Taiwan. During the second quarter, Sea also launched e-commerce sites in Chile and Colombia as part of its Latin America expansion, following moves into Brazil and Mexico. The company did not disclose geographical revenue breakdowns during the teleconference, but the entry into new markets may have added to costs.

Going forward, Southeast Asia’s worsening Covid-19 situation — more than 25% of global new deaths are now reported in the region, and many big cities are under strict lockdowns — could further open opportunities for online services.

But e-commerce competition in the region is also rapidly changing. Singapore-based Grab — a “super app” combining e-commerce, payments, delivery and other functions — plans to go public in the U.S. by the end of this year through a merger with a special purpose acquisition company, or a SPAC, in which Grab is expected to raise more than $4 billion. Sea and Grab compete in digital financial services.