By Du Zhihang and Cai Xuejiao 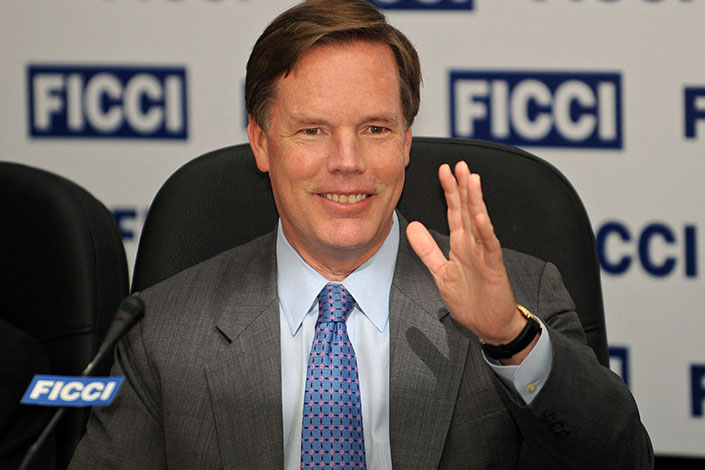 The nomination, which has been expected since earlier this year, awaits confirmation by the U.S. Senate. The role has been vacant since former U.S. Ambassador to China Terry Branstad left the post in October.

Burns, 65, is a professor at Harvard University’s Kennedy School of Government and served for 27 years in the U.S. Foreign Service. He was the undersecretary of state for political affairs between 2005 and 2008, during which “he worked with the Chinese government on issues regarding Afghanistan, United Nations Sanctions against Iran, North Korea, and U.S. policy in the Indo-Pacific,” according to the Friday announcement.

In late July, China’s new top envoy to Washington Qin Gang arrived in the U.S., replacing Cui Tiankai, the longest serving former Chinese ambassador to the U.S. who left Washington and returned to China in June after eight years in the post. Last week, Qin met with Deputy Secretary of State Wendy Sherman, his first official meeting with American officials since his arrival in the country.

At the Aspen Security Forum in October, held during the Trump administration, Burns, who serves as the executive director of the Aspen Strategy Group, and former Chinese ambassador to the U.S. Cui Tiankai both expressed their views on China-U.S. relations during an online conversation.

“I think that US-China relations may be at their lowest point, since before President Nixon’s opening to China in 1971, 1972,” Burns said at the time. “It seems to me that we're turning away from the cooperation, the large-scale cooperation of the last 40 years, decidedly toward competition, in the military sense, over economic issues, on 5G.”

Under the Biden administration, Burns has also been engaged in lectures and media interviews commenting on U.S. foreign policy.

After Biden gave his first foreign policy speech in early February, Burns said in an interview with CNN that the China-U.S. relationship is “the most important and most challenging relationship that the United States has in the world today, because China is a near peer competitor with us.”

“We are in a very competitive mode, things have changed quite dramatically in the last four or five years … most Democrats and most Republicans agree that we got to compete and we don’t want to give up our military primacy in the Indo-Pacific, which we have held since the Second World War, to China,” he said.