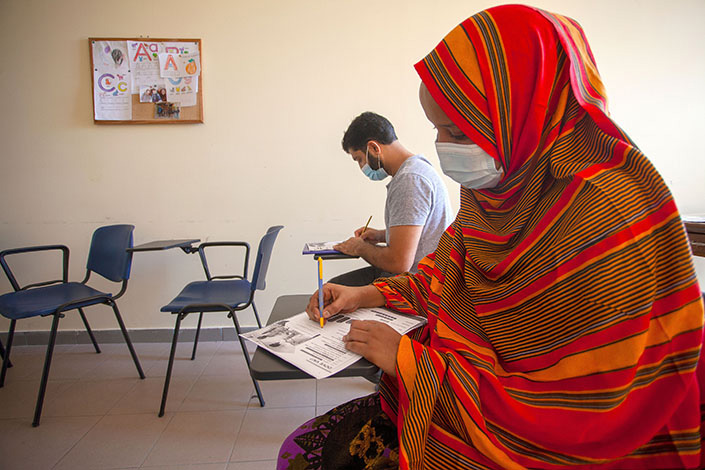 (Oxford Analytica) — European fears of another migration crisis have escalated following the Taliban’s capture of Kabul, Afghanistan’s capital, on Aug.15. A significant rise in Afghan refugees is unlikely over the coming weeks due to geographical barriers, but European governments are bracing themselves for a significant rise over the coming months. Greek Migration Minister Notis Mitarachi says the EU is not prepared for another migration crisis.

Fearful of political backlash at home, European governments will look to third countries to protect EU borders from a significant surge in illegal migration from Afghanistan. Another refugee crisis would put particular pressure on the Greek-Turkish border, and would threaten to wreck the 2016 EU-Turkey migration agreement. It would also reignite tensions between member states over immigration and undermine EU efforts to find a long-term solution to migration management.

• With upcoming elections, Germany and France will be wary of taking in large numbers of refugees.

• Division over immigration could damage EU cooperation in other areas, such as climate change or fiscal policy.

• The strongest opposition to migration burden-sharing is likely to come from Austria, the Czech Republic, Hungary and Poland.

While irregular arrivals have declined substantially since 2015, the EU remains vulnerable to migration flows generated by military conflicts and political crises beyond its borders. The Taliban’s rapid takeover of Afghanistan looks likely to represent the biggest test to EU migration policy since the 2015-16 crisis, when over 2 million people illegally entered the EU.

Although an immediate increase in migration to Europe over the coming weeks is not expected, given Afghanistan’s geographical distance from Europe, there is growing concern that a new wave of irregular arrivals will materialize over the coming months.

Thus far, EU member states appear divided over how they would respond to a refugee crisis. On Aug. 5, Germany, Austria, Belgium, the Netherlands, Greece and Denmark sent a joint letter to the European Commission calling for the deportations of illegal immigrants from Afghanistan to continue.

Germany, Denmark and the Netherlands have reversed their decision following the deterioration of the security and humanitarian situation in Afghanistan. However, Austria, Greece and Belgium appear to be sticking to their position. Last week Sammy Mahdi, Belgium’s main asylum official, said “that regions of a country are not safe does not mean that each national of that country automatically is entitled to protection.”

Regardless of the position countries ultimately take on deportations, the letter to the commission shows the hardening of attitudes towards migration that has developed across Europe in recent years. It also suggests that the EU will be far less welcoming of refugees compared with the 2015-16 migration crisis.

A central aspect of EU migration policy since 2016 has been the outsourcing of border control to third countries. However, there have been multiple examples in recent years where diplomatic tensions with third countries have led to temporary border crises. For example, the Turkish government allowed thousands of migrants to travel to the country’s border with Greece in February 2020.

The surge in migration from Afghanistan in the wake of the Taliban’s victory will likely offer the first major indication of how successful the EU has been in outsourcing migration management to third countries. It will also be a significant test of the EU’s diplomatic leverage with external partners.

The 2016 EU-Turkey migration deal was instrumental in reducing irregular migration to Europe. This time, EU diplomatic efforts may focus in the first instance on Afghanistan’s neighbors, many of which already host large numbers of Afghan refugees.

Pakistan estimates that it currently hosts over 3 million displaced Afghan citizens, while a similar number are estimated to be hosted by Iran, which has recorded an increase in arrivals from Afghanistan in recent weeks. Pakistan has repeatedly indicated that it is unwilling to accommodate more refugees fleeing the conflict.

Following the experience of the 2016 agreement with Turkey, Brussels is reluctant to enter similar negotiations with the Turkish government over an influx of Afghan refugees. Nevertheless, a humanitarian crisis on the Greek-Turkish border may leave the EU with little choice but to do so.

The situation depends on the numbers of people that end up entering Turkey: if it is a relatively manageable number, then it might be possible for the EU to maintain the current arrangement with some additional financial concessions.

However, if there are significant numbers, then it is unlikely that the deal will survive unless the EU offers more substantial concessions to Turkey, such as helping Turkey to return refugees to neighboring countries and facilitate visa liberalization for Turks entering the EU’s Schengen zone.

Even such concessions may not be enough. The migration deal is unpopular in Turkey, which is already the home of around 3 million Syrian refugees. A slight change in President Erdogan’s cost-benefit calculus could prompt him to allow refugees cross the border and head for Europe.

Read more
Analysis: Will the Taliban Make a Clean Break With Terrorists?

The European Commission outlined a proposal for a new Migration and Asylum Pact in September 2020, aimed at addressing some of the main weaknesses in the EU’s current migration system. The commission’s new proposals focus on reducing irregular migration, protecting the rights of asylum seekers, increasing return rates for asylum seekers whose applications are refused, and greater solidarity to help EU states facing migration pressures.

However, progress on negotiating the new pact has been slow and a large rise in irregular arrivals could further complicate the process. The Afghan situation could affect progress toward reaching a permanent solution to migration in at least two ways.

First, there has been a pattern during crises for the EU to shift toward informal coordination through the European Council and other intergovernmental meetings. One of the main purposes of the Migration and Asylum Pact is to formalize mechanisms for dealing with migration. However, there will likely be a move away from that if there is another refugee crisis, with EU states making improvised decisions on a short-term basis to try and navigate through the immediate crisis.

Second, the experience of the 2015-16 was that as migration became a hugely important issue at the domestic level, it became exceptionally difficult for governments to make concessions. It appeared that after six years of irregular arrivals declining — which has seen immigration decline in terms of domestic salience — a compromise might be possible. However, if there is a new crisis stemming from the situation in Afghanistan and a breakdown in the EU-Turkey agreement, a compromise becomes less likely.

There is a view that crises can help the EU make a breakthrough on issues where there has previously been a deadlock. There is some evidence of that in other policy areas, but when it comes to migration, reduced salience in domestic politics is vital for any progress to be made. The last migration crisis created such an intense political focus on migration that it was almost impossible for governments to make compromises, and that is why there has been very little progress made in the last six years.