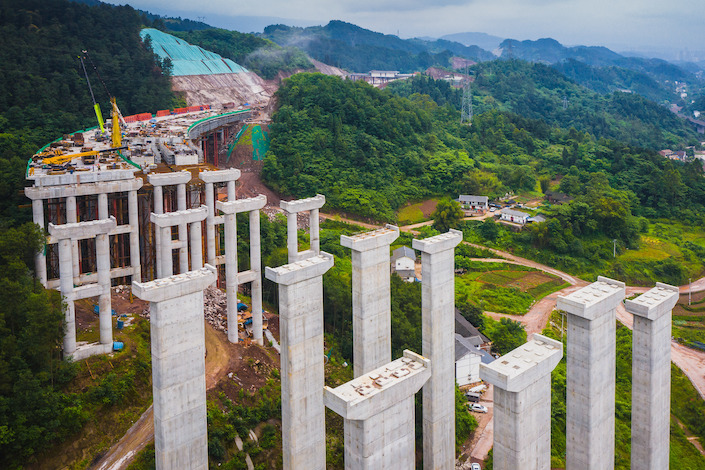 China’s Ministry of Finance will cooperate with the Ministry of Justice to push forward long-stalled legislation on public-private partnerships (PPPs) as soon as possible, the Finance Ministry said.

Because of deficiencies in legal authority and effectiveness of the current PPP administrative rules, such projects face problems such as unstable policy expectations, unclear management responsibilities and poor procedures, the ministry said. It made the comments in response to suggestions from representatives of the 2021 National People’s Congress.

The current rules also fail to effectively spell out application of the bidding and government procurement laws and are not in line with the definition of the nature of PPP project contracts as defined by of the Supreme People’s Court, the Finance Ministry said.

Since 2014, the PPP model has developed rapidly in China, playing an increasingly important role in reducing government financial burdens on local infrastructure projects. As of June 30, China implemented 10,126 PPP projects with a total investment of 15.7 trillion yuan ($2.42 trillion), according to China Public Private Partnerships Center, a PPP research institution under the Finance Ministry.

PPPs are long-term contracts between private parties and government entities for providing public assets or services. The private parties bear significant risk and management responsibility, and remuneration is linked to performance.

However, in the process of rapid promotion of the PPP model, some projects have also increased local governments’ hidden debt. Since late 2017, China has been tightening supervision of such debt and conducting a large-scale cleanup of PPP projects.

Currently, China has no fundamental PPP law. Related regulations are relatively low in the legal hierarchy. China’s State Council included PPP legislation in the 2017 and 2018 legislative work plans. In July 2017, the State Council solicited public opinions on draft PPP rules, and in 2018 it set the goal of releasing the new rules by the end of that year. But due to controversial issues, the rules were not introduced as scheduled.

How to define the nature of a PPP project contract has been a major issue in dispute. Whether a PPP contract is defined as an administrative contract or a civil contract determines the legal relationship between the government and social capital in a PPP project, which can determine dispute resolution channels for projects. The 2017 draft of PPP regulations did not include clear provisions on the nature of PPP contracts. Instead, a case-by-case approach was adopted to resolve disputes through administrative or civil channels.

The next step is to provide a clear legal basis for social capital procurement, the nature of PPP project contracts and dispute resolution through the enactment of the PPP law, effectively resolving the legal application and conflict issues, the Finance Ministry said.

Because of tightening of PPP supervision, some local governments adopted alternative models for infrastructure projects, such as authorize-build-operate and financing plus project general contracting modes. However, those models have no institutional norms and may pose some hidden risks of local government debt, the Finance Ministry said.