By Zhang Yukun and Peng Qinqin 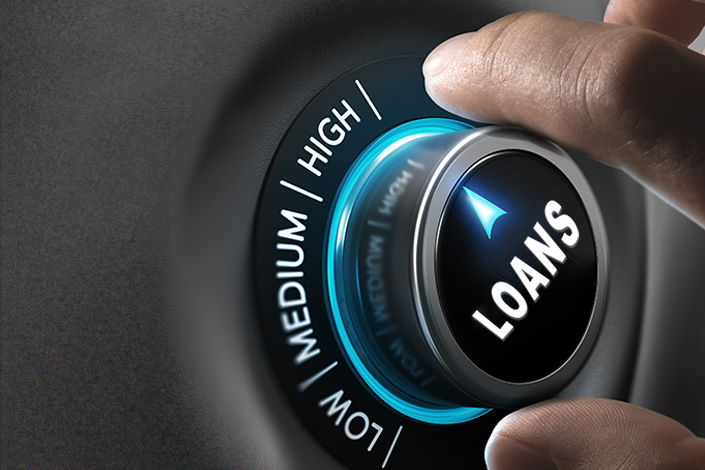 The People’s Bank of China says banks need to strengthen their balance sheets so that they can increase lending. Photo: VCG

China’s central bank has called on lenders to boost credit support to the real economy, especially to micro, small and midsize enterprises (MSMEs) in the face of an “unstable and uneven” domestic economic recovery and a “more severe and complex” external environment.

People’s Bank of China (PBOC) Governor Yi Gang told some of the country’s biggest lenders that the structure of credit needs to be improved so that more capital is directed to science and technology innovation, green development, MSMEs, and sole traders. Interest rates need to come down, especially for MSMEs, and banks need to strengthen their balance sheets so that they can increase lending.

Yi delivered the message at an annual symposium (link in Chinese) held Monday to analyze monetary and credit conditions, according to a PBOC statement. It was attended by central bank officials and financial institutions including China Development Bank, Industrial and Commercial Bank of China Ltd. (601398.SH) and China Construction Bank Corp. (601939.SH). The symposium took place in November in 2018 and 2019. No information has been released about whether there was such a meeting in 2020.

The timing of this year’s event, some three months earlier than usual, has led to speculation that the government is becoming increasingly concerned that demand for credit is softening and that this could contribute to a slowdown in economic growth. Central bank data (link in Chinese) released earlier in August showed weakening momentum in new loans and other funds raised by non-state entities in July. New total social financing, a broad measure of credit and liquidity in the economy, was the lowest since February 2020, falling to 1.06 trillion yuan ($163.7 billion) from 1.7 trillion yuan in July 2020. Data released by the National Bureau of Statistics also showed slowing economic activity (link in Chinese) in July, with growth in consumption and the services sector moderating.

“One of the central bank’s policy targets is to broaden credit and stabilize growth,” said Zhong Linnan, a senior macroeconomic analyst at GF Securities Co. Ltd. The central bank is urging banks to lend in a timely manner, smooth the pace of credit dispersal, and provide credit support for businesses as soon as possible, he said.

The PBOC statement said banks need to link their lending in the second half of this year with the first half of 2022. Zhong said this indicates that the central bank doesn’t want them to hold back loan approvals in the fourth quarter and push them out in the first quarter of 2022, as they usually do, to get a strong start to the new year.

“We believe the meeting indicates that the PBOC intends to improve banks’ willingness to lend and does not want credit growth to decline too quickly,” UBS Securities Co. Ltd. strategist Mary Xia wrote in a report Tuesday, noting that the latest central bank quarterly survey of bankers showed loan approvals and demand declining, while growth in outstanding loans to small and micro businesses fell in the second quarter, the first quarter-on-quarter drop since 2019.

“At the same time, the PBOC still emphasizes the importance of structural credit adjustment, and a largely matched social financing and nominal GDP growth,” she said. “Therefore, we believe that the PBOC will not make substantial liquidity injection, but may take some measures to keep liquidity conditions stable and lower the funding costs of banks.”

Lowering interest rates should help increase demand for loans and boost the willingness of manufacturers and MSMEs to invest, GF Securities’ Zhong said, adding that to bring rates down, the PBOC may take measures such as reducing banks’ own cost of capital and implementing reforms to reduce the risk premium banks need to lend to MSMEs. To strengthen balance sheets, the PBOC may encourage banks to issue Tier-2 bonds and may expand the use of local government special-purpose bonds to recapitalize small and midsize banks. Cutting the reserve requirement ratio (RRR) will also provide more funds for banks to lend, he said.

The PBOC cut the RRR in July, the first reduction in 15 months, releasing around 1 trillion yuan for financial institutions to lend to businesses and help them cope with rising commodity prices. On Aug. 16, a meeting of the State Council (link in Chinese) chaired by Premier Li Keqiang discussed the need to guide financial institutions to use the RRR cut to support small and midsize companies.

The PBOC hasn’t changed the interest rate on its medium-term lending facility, which provides funds to major commercial banks, since April 2020 and the loan prime rate, the interest rate benchmark banks use to price their loans, has also been unchanged since then.

But Wang Yifeng, chief banking analyst of Everbright Securities Co. Ltd., said there is no need for either rate to come down. Interest rates will naturally fall as a result of downward pressure on the macro economy and the difference between credit demand and supply, he said.