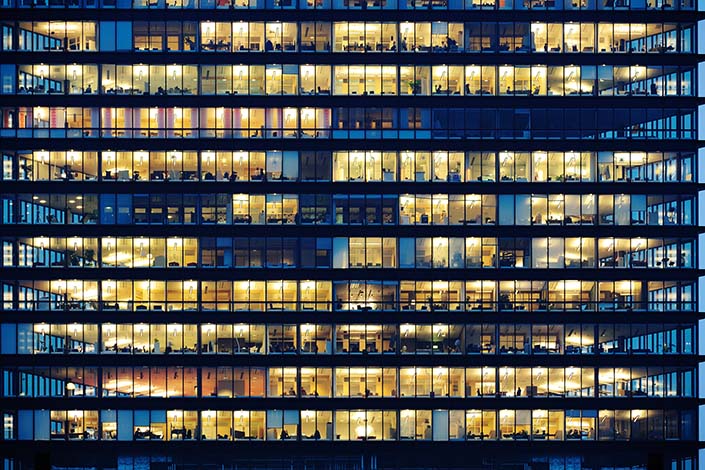 The grueling “996” work schedule is a serious violation of China’s labor law, the country’s top judicial authority and the government agency overseeing labor issues have warned, amid nationwide debate on the pervasive practice.

Company policies which expect staff to work from 9 a.m. to 9 p.m., six days a week, should be deemed illegal, the Supreme People’s Court and the Ministry of Human Resources and Social Security said in a Thursday notice.

The authorities have released details of 10 cases (link in Chinese) of arbitration or court decisions regarding overtime disputes, aiming to “remind employers of the risks of illegal behavior and guide workers to defend their rights in accordance with the law.”

Many companies in China have adopted a 996 working schedule even though the Labor Law limits a day’s work to eight hours and stipulates a maximum of 44 working hours per week. Following heated criticism of excessive working hours, tech companies including the short video company Kuaishou and TikTok operator ByteDance Inc. say they have ended their weekend overtime policy that required staff to work every other Sunday.

In another case, the court sided with an employee of an internet company, who filed a lawsuit against the company for refusing to pay part of the overtime wages due. In its company policies, the company defined working after 9 p.m. as overtime and calculated the hours between 6 p.m. and 9 p.m. as dinner and break time. The court determined that such policies are unreasonable, ruling that the company should pay 32,000 yuan in overtime wages to the employee.

In recent years, controversy surrounding 996 work culture has intensified following several work-related deaths, and comments from Alibaba founder Jack Ma and JD.com founder Richard Liu, who have romanticized the practice, calling it a “blessing” and a sign of hard work.

“Workers are entitled to remuneration, rest and the rights to take leave and it is the legal obligation of employers to comply with the national working hours system,” the Thursday notice said. “Overtime work is very likely to cause labor disputes and affect the harmony of labor relations and social stability.”